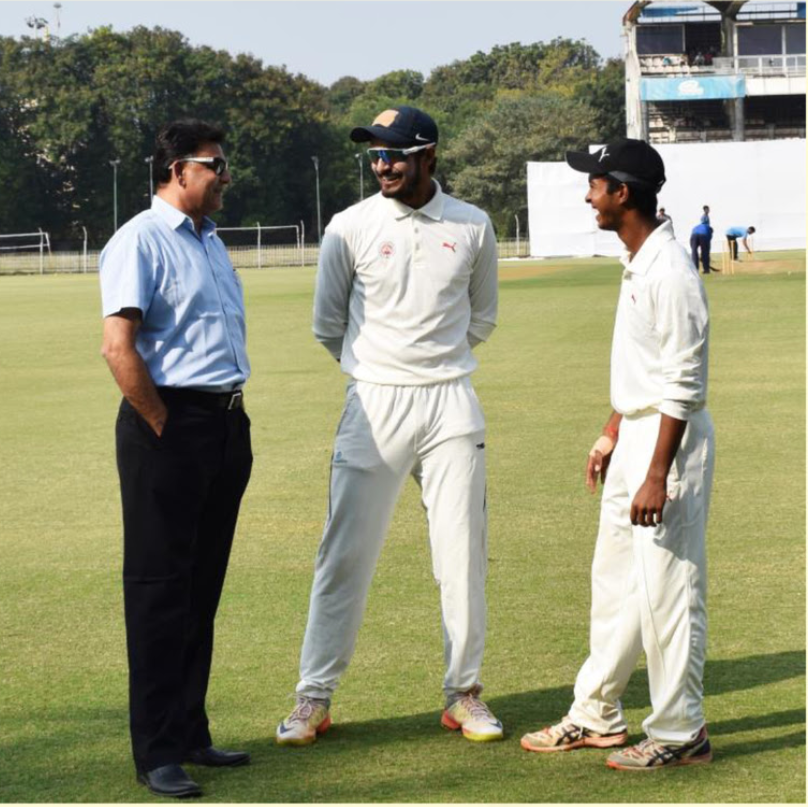 It’s another feather in the cap of Baroda Cricket Association (BCA) after he scored century in his debut match. He is the third from Baroda to score century in debut match of Ranji trophy. Current BCA secretary Snehal Parikh was first to score a century followed by current skipper of Baroda team Deepak Hooda.

BCA Club of Ranji Trophy Century on Debut was founded by Snehal Parikh ( Current Interim Hon Jt Secretary of BCA) , being the 1st to Score a Hundred on Ranji Debut in 1982, scoring 104 against Gujarat.

Deepak Hooda (Current Skipper of Baroda Ranji Team) joined the Club as the second member in 2014 Scoring 114 against Bengal.

18 year old Ninad Rathwa is the third member scoring 115 against Odisha and also being the fastest century scored by a debutant. He scored fiery Century while batting at No. 9 & scored 115 runs in 102 balls with 18 fours & 1 six. He had a partnership of 155 runs with Vishnu Solanki (109).

Ninad Rathwa & Urvil Desai from BCA are selected in India U-19 Blue team for U-19 Challenger Trophy to be played from 26th Nov to 2nd Dec. 2017 at Mumbai.