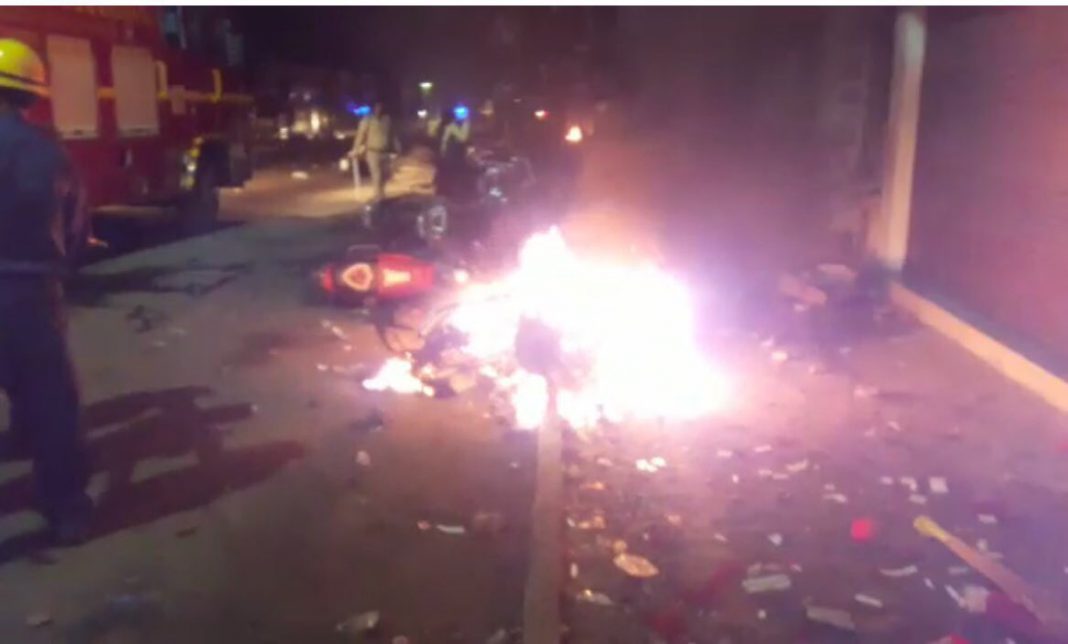 Tensions erupted inside the wall city of Vadodara after reports of some anti social elements threw stones on Ganesh procession. As per the sources as soon as Ganpati idol arrived near Mandvi the electricity went off suddenly and some anti social elements threw stones on the procession. Reports are also that some of them put on fire the vehicles standing there and arsoning. However police reached the spot on time and control the situation. 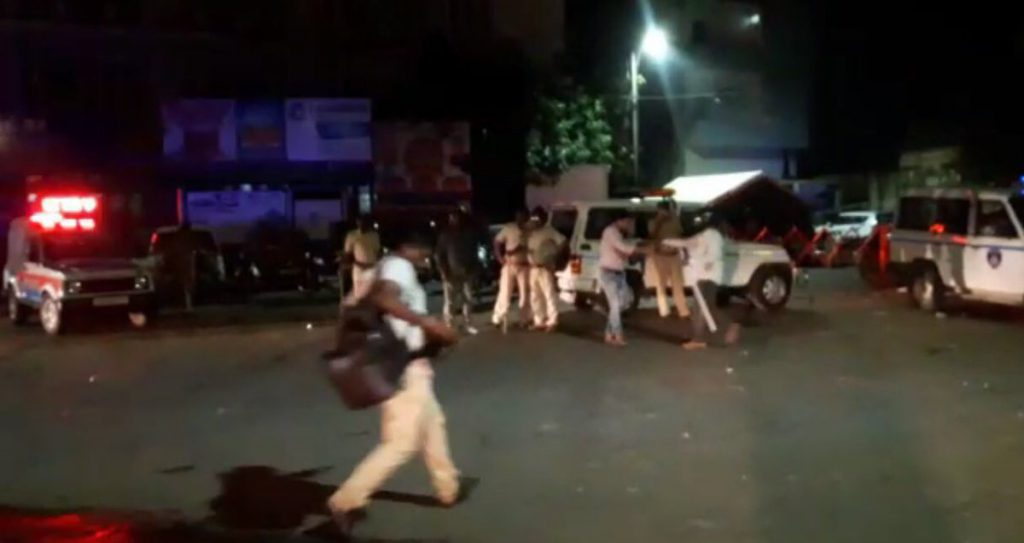 Ganpati festival is about to start in few days and the popular mandals in Vadodara already started to bring the big idols to their pandals. One of popular Pratap Madgha Ni Pol Ganpati in Mandvi area is biggest attraction every year and the organisers took out the procession to bring Lord Ganpati. Thousands turned out and joined the procession.

However as soon as the procession reached on Panigate Mandvi road the lights went off suddenly and the trouble started. As per sources some anti social elements tries to disrupt the peace in the city and threw stones on the procession. The situation further worsen and people resorted to arsoning and put on fire near by vehicles. 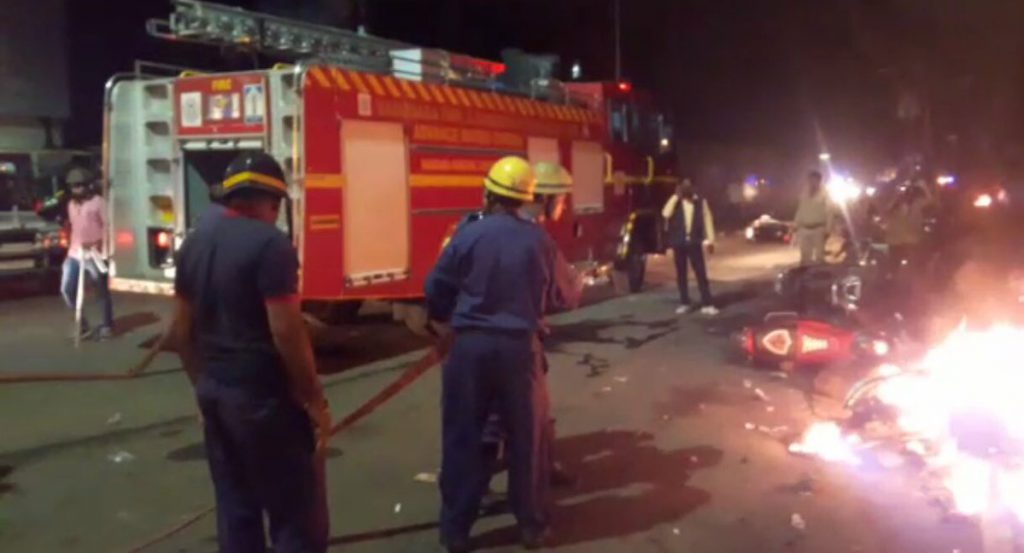 However the police reached the spot and control the situation in time before it spread to the other places. The team then helped the Ganesh Idol to pass from the area safely to the respective mandal. Later the police also issued a statement in this regard for maintaining peace and don’t listen to any rumors. They also warned people to post objectionable matter on social media as police kept a watch on it.