A new coronavirus variant is on the rise in New York City, researchers said on Wednesday. The...
Read more
0

During the last round Robin match between Bangladesh and Sri Lanka in Nidahas Trophy, cricket was once again tarnished by the ‘field drama’ in the last over. The player could not control his emotions. In contrast to ‘Do or die’, Bangladesh won a huge victory over Sri Lanka, but whatever happened in the last moments of the match, ‘game spirit’ was seen coming down. On the field, tensions break out between Bangladesh sub-fielders and Sri Lanka fielders, the door of the dressing room also broke. Although it is not known who is behind it. 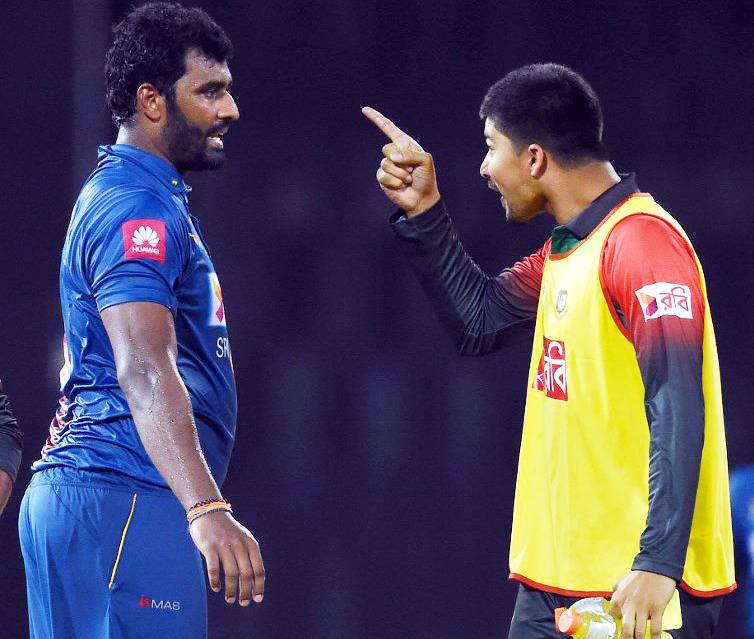 As the result of the match came, Bangladesh’s dressing room doors were broken. Ground staff has complained it to the board. It is understood that the match referee will submit its report on Saturday afternoon. The umpires will also expose the video footage of the last moments of the game, after which they will be able to decide how much a player is guilty of it.

Thousands of spectators sitting in the R.Premadasa stadium in Colombo were surprised when Bangladeshi captain Shakib Al Hasan suddenly started calling his players back to the pavilion.

During this period there was a hot debate between the Bangladeshi and Sri Lankan cricketers on the field . Sri Lankan players said that the initial two balls of the last over were above the shoulders and the field umpire did not give no-ball. Sunil Gavaskar, who commented on later, said that the ball was definitely above the shoulder, but falling below the batsman’s helmet. 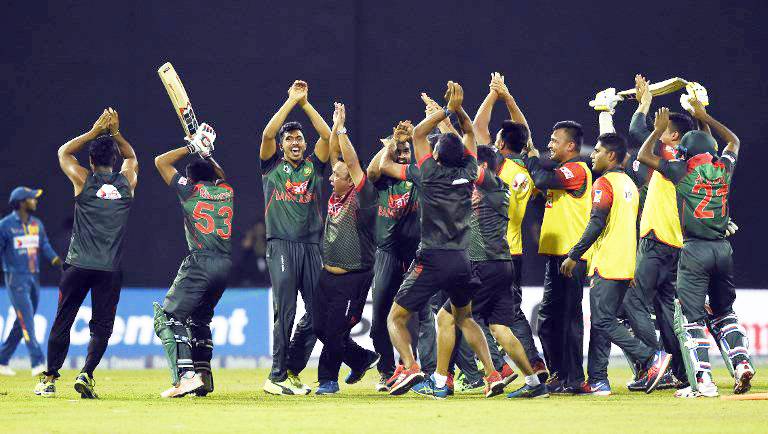 But, after the match was over, the dispute remained unmanageable. The players made such an environment, as if winning or lost in school cricket. Bangladesh coach ‘Courtney Walsh’ also had to go down the field to explain his players. Not only that, the Bangladeshi players did not even stop themselves from doing a dance.The controversy over the ground is being criticized all over the world.

0
A new coronavirus variant is on the rise in New York City, researchers said on Wednesday. The new variant, known as B.1.526,...
Read more
Business

0
Domestic equity market benchmarks BSE Sensex and Nifty 50 were likely to open on a strong footing on Thursday, as suggested by...
Read more
India

0
Prime Minister Narendra Modi will be on a day's visit to Tamil Nadu and Puducherry today to inaugurate and lay foundation for...
Read more

0
First surgery performed on 1957 to prevent congenital deafness in children, done free of charge under ADIP program of Government of...
Read more

0
A new coronavirus variant is on the rise in New York City, researchers said on Wednesday. The new variant, known as B.1.526,...
Read more

0
Domestic equity market benchmarks BSE Sensex and Nifty 50 were likely to open on a strong footing on Thursday, as suggested by...
Read more