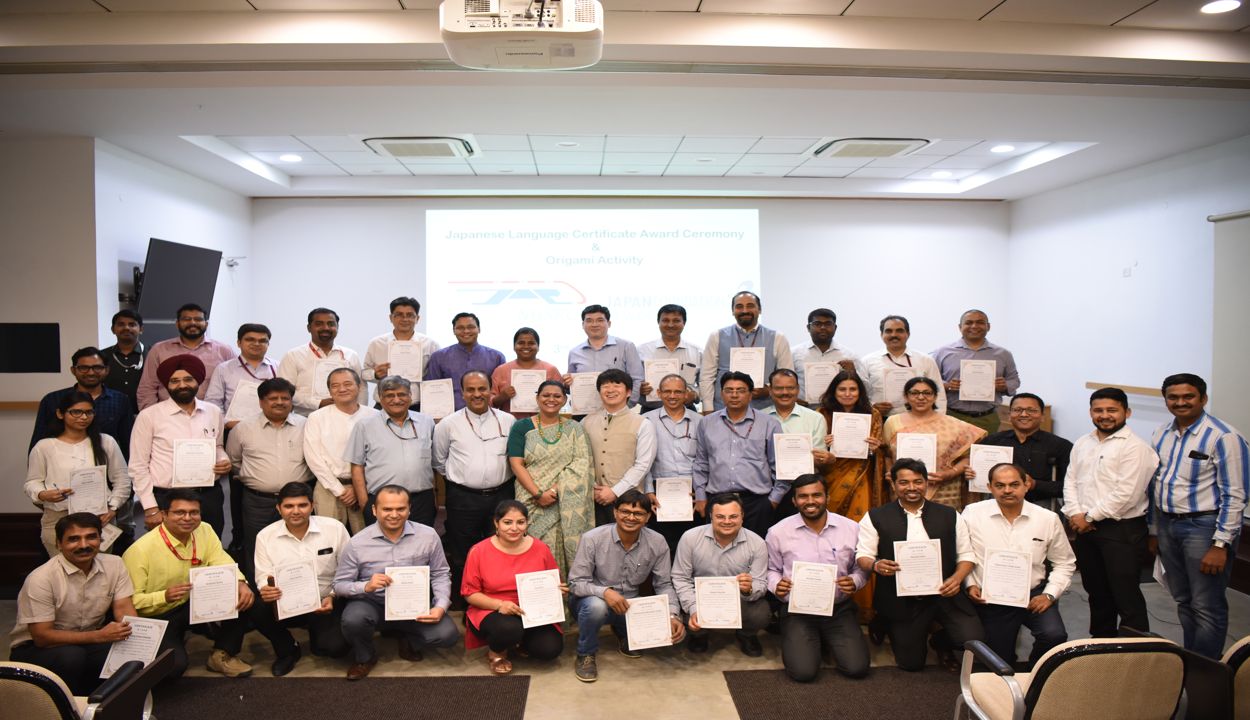 As per the release the High-Speed Rail technology is being adopted from Japanese Shinkansen train technology and there is a need of inter-country exchanges between the officials of two countries. The same would be facilitated by proficiency in Japanese language and empathetic understanding of their culture. Similar course would continue to be organised for all the employees of NHSRCL.

More than eighty seven (87) employees have received training in Japan in various fields like station area development, Customer centric approach in addition to Shinkansen technology and in operations and maintenance. NHSRCL employees are being trained in Japan for the right amount of exposure required for skill development and bringing in the right mind-set of safety and punctuality at all levels in the organisation.

As per the estimation by the Japanese, the project requires around 4,000 personnel under several categories such as locomotive drivers, guards, station staff, operation control centre staff, maintenance personnel, signal maintainers and electrical staff. There will be a big depot at Sabarmati for periodic overhaul of the trains, while a small depot at Thane will be built for weekly and monthly maintenance. Around 20,000-25,000 persons would be required for construction of the project as per the release issued by Sushma Gaur Additional General Manager Corporate Communications NHSRCL.