Destiny becomes so cruel for a newly wed couple as their dreams shattered after a horrific road accident near Bharuch. The parents of the bridegroom and the bride died on the spot after their bus collided with a truck near Nabipur.

Bhadresha family from Surat were returning back after the marriage of their son at Dwarka. All were happy as the newly wed couple Sanjay and Himani was about to start their world. But the destiny has some other thoughts and a horrific accident shattered all the dreams. 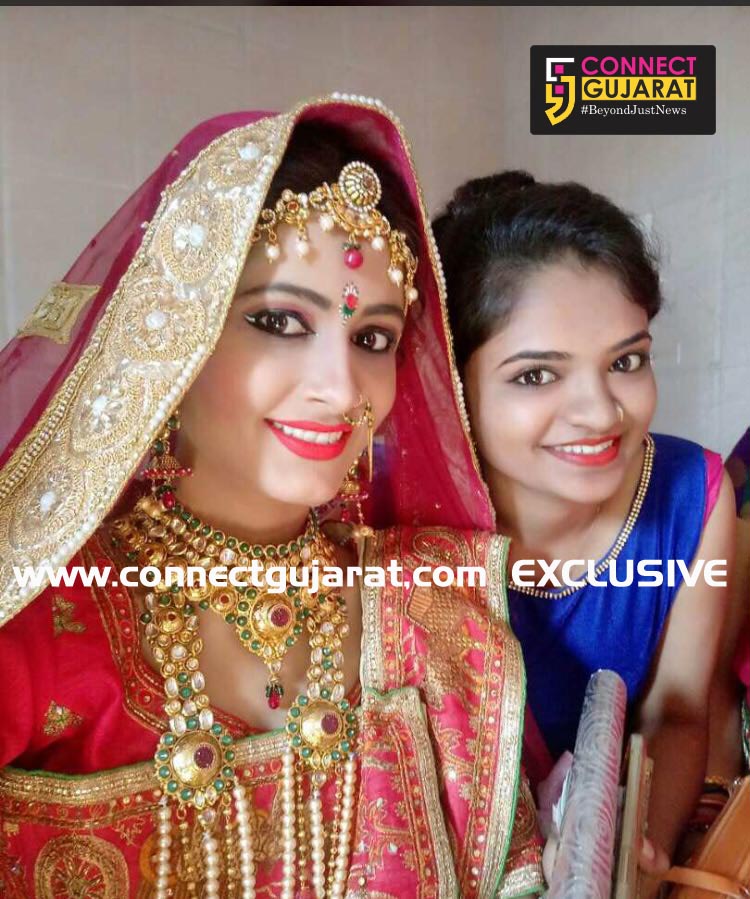 While returning back their private luxury bus in which they were traveling back collided with a truck near Nabipur left four dead. Among the deceased are bridegroom father Tulsibhai, mother Geetaben, uncle and the bride Himani.

As per the details the bus hit the parked truck on the highway resulting in the deaths of four people including the new bride Himani and the parents of the bridegroom. 10 more people are injured in the accident and shifted to Bharuch civil hospital. 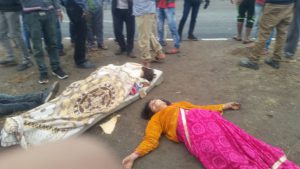 Heavy traffic jam was there on the Nabipur highway due to the accident and police reached the spot to control the situation and started their investigation. Bharuch district collector Sandeep Sangle also reached the Bharuch civil hospital and console the grieving family members.