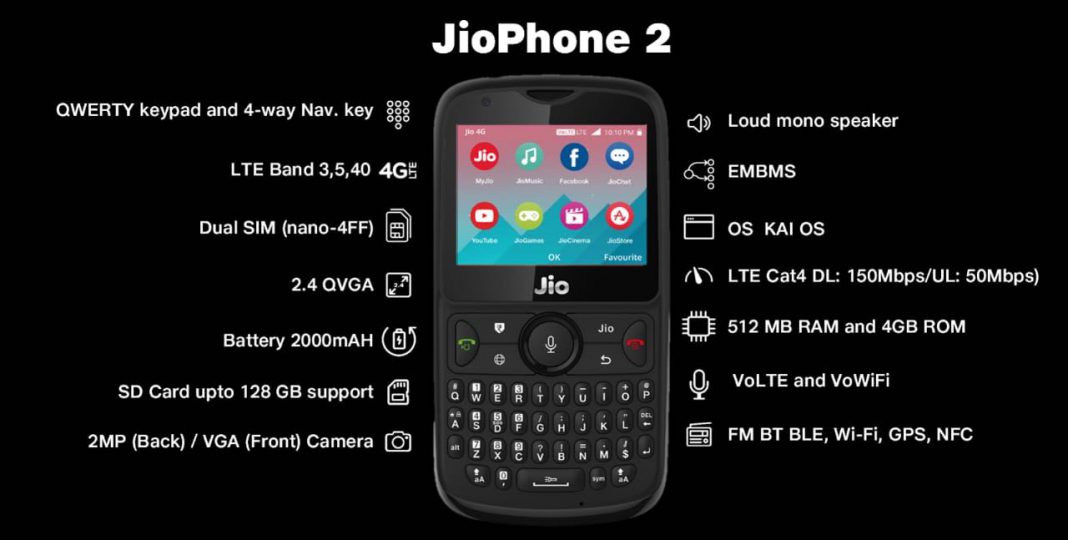 Reliance Industries Limited chairman Mukesh Ambani announced many new initiatives in the AGM which includes a more futuristic JioPhone 2 for the users. The phone will be available from 15 August.

JioPhone2 loaded with more features. In a company statement starting from 15th August, JioPhone2 will be available at an introductory price of only Rs 2999.

The effective entry cost of the JioPhone is reduced from Rs 1500 to as low as Rs 501.
The phone will come loaded with three most popular apps YouTube, WhatsApp and Facebook and will be available to all the JioPhone users from 15th August.

One more announcement is the Jio GIGA Fibre which marks the entry and provide fibre based broadband connectivity solutions for home, merchants, small, medium and large enterprises.