A train crashed into the New Jersey Transit Hoboken station on Thursday during rush hour, causing major structural damage and injuring over 100 persons.

Passengers told the media that it was train number 1614 on the Pascack Valley Line, which left Spring Valley, New York at 7.23 a.m. bound for Hoboken and was apparently running late. 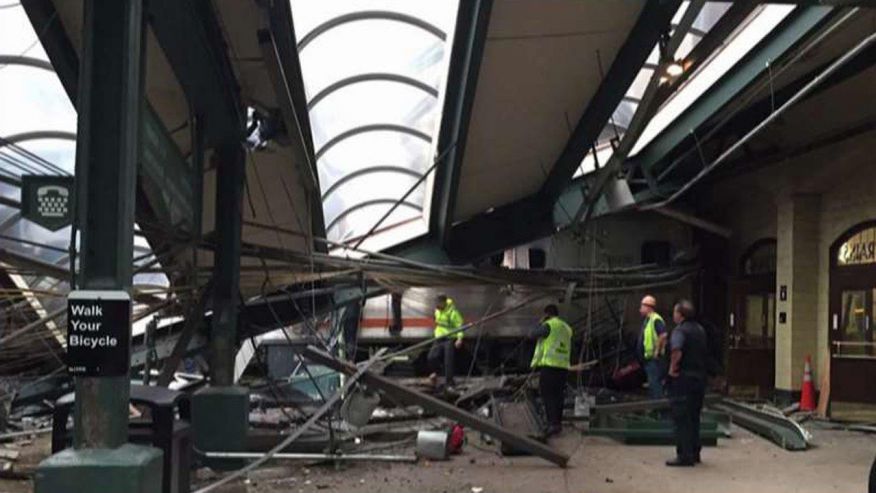 Images of the accident posted on social media showed mangled metal, wires and debris scattered all over the floor,

Photos from the scene indicate the train took out several support columns and collapsed part of the station’s ceiling. The cause of the accident was not immediately known.

Hoboken has the highest percentage of transit ridership of any city in the US. Over 50,000 persons use the terminal daily.