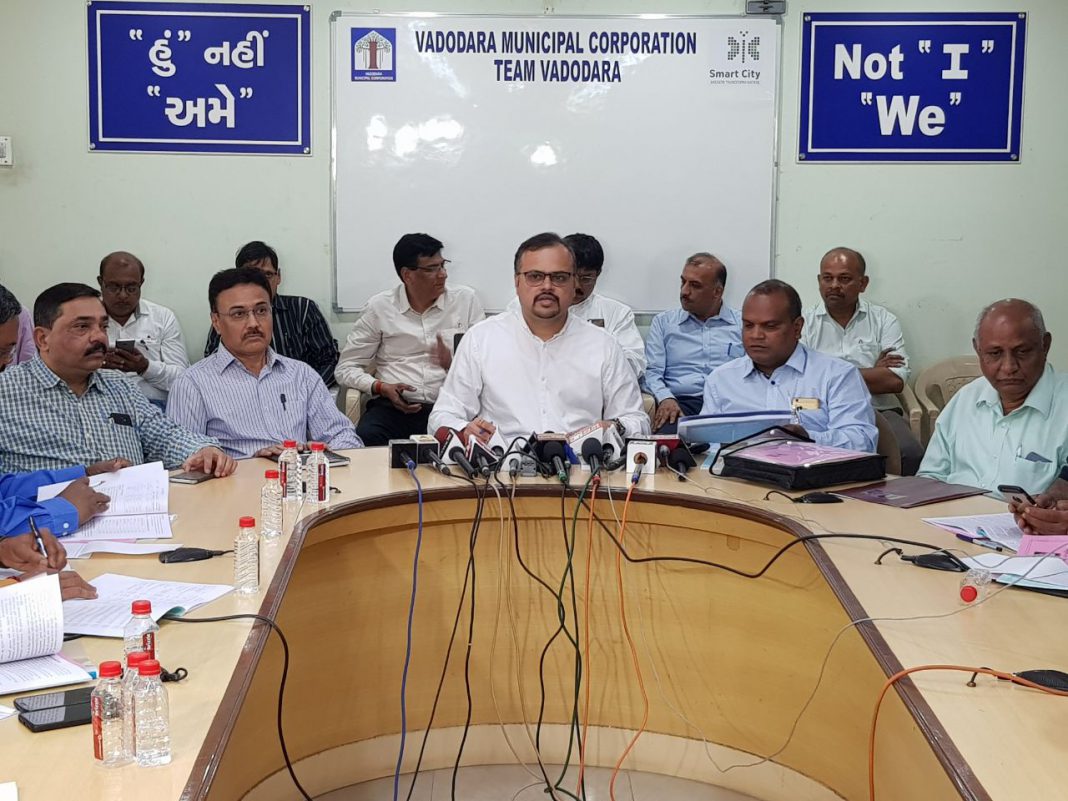 Vadodara Municipal Commissioner presents 3820 crore draft budget to the standing committee chairman for the approval. The commissioner put inside futuristic projects and a promise of New Vadodara in this year budget. In addition the focus is on 15 points agenda to make Vadodara a topmost city in the country.

Municipal Commissioner Dr. Vinod Rao presents the draft budget of this year with primarily focussing on making the city a futuristic one. He said the primary focus is on a 15 points agenda working on the lines of mission 2022.

One of the futuristic projects he talks about is the biggest Aviari inside the Kamatibaug along with a bullet train replica as tourist attractions. “We want to introduce many facilities at Sayajibaug zoo inside historical Kamatibaug garden. Plan is to make biggest Aviari in India for birds inside the zoo this year. We also plan to introduce a Bullet train replica runs along with the toy train as a added attraction for the people,” said Rao.

He said the prime focus is on 24/7 water supply till 2022 and for that tenders are already out. With SCADA implementation the water wastage will be checked and metering policy is also carried out in the city.

He said they will revive the Door to Door waste collection system and 10,000 more dustbins will be placed in coming days. Open space will be closely monitored round the clock for the cleanliness drive. They are also working on the slum free city till 2022.

Talking about one of the important work he said single tenders will be there for the agency for the city roads. Moreover now onwards the roads will be of 5years maintainance guarantee.

The mission Multi Million trees to make Baroda the greenest city and they are also working on the problems of animals on roads and street vendors policy. Fire service will also be revive and efforts is for hydraulic platform which can reach upto 90 meters. Strengthening Heritage walk, heritage cell and restore historical places in the city will add to the city.