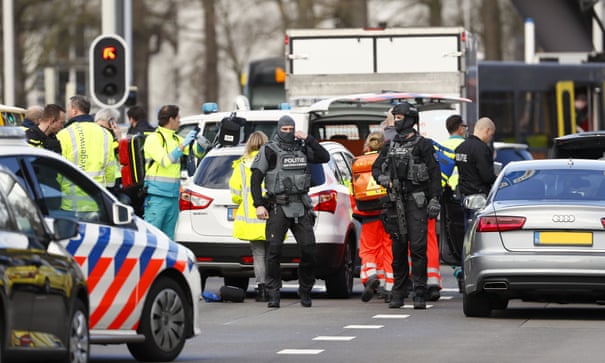 Police have said they are taking into consideration that there maybe a possible terrorist motive behind the shooting.

According to the Dutch police a man had opened fire in a tram Utrecht city in the Netherlands and multiple people are believed to be injured. The police said the area has been cordoned off and they are investigating the matter.

The shooting began at 10.45 am local time (3.15 pm India time) at 24 Oktoberplain, a square outside the city centre. Three rescue helicopters have been sent to the scene, police spokesperson Joost Lanshage said, according to CNN. Emergency services and ambulances are at the scene.

A shooting occurred on the #24oktoberplein in #Utrecht. The incident has been reported at 10.45 hour. Multiple people have been injured. The surrounding area has been cordoned off and we are investigating the matter.

“Investigation into shooting incident is underway,” the police wrote on Twitter. “We also take into account a possible terrorist motive.”