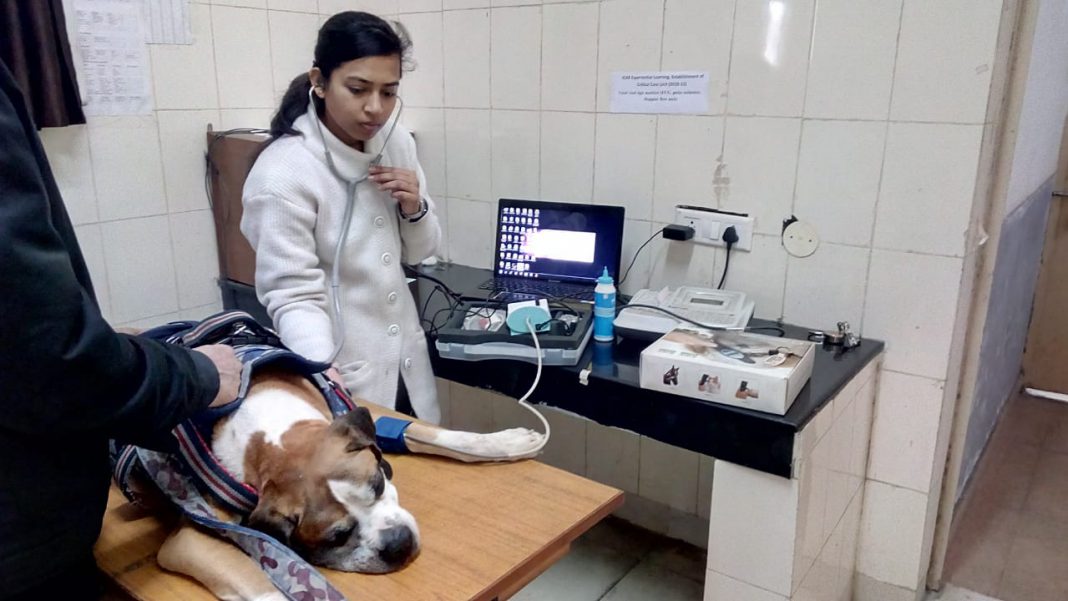 Serving as veterinary officer at Panvad in Chhotaudepur

Tribal girl Nehal Rathwa from Pavijetpur became the first veterinary doctor from the whole community. She is serving in her area as doctor treating animals like cow, Buffalo, goat, horse, donkey and others.

Normally students prefer to become normal doctor after choosing MBBS, MS and MD courses. However the girl Nehal Rathwa chose to walk on different line and studied veterinary science. She now give her services in the tribal area and treat the animals.

She done B.V.sc and then went on to complete Masters in Veterinary Science to become doctor of animals. The course is tough in comparison with the MBBS course and she completes the Masters and now pursue her favourite career. The more notable is that she became the first girl from her community to be a veterinary doctor.

Dr. Nehal Rathwa get masters degree in medicine as well as in animal surgery and Radiology treatment. She get 75.76% in B.V.sc and 79.1% in M.V.sc to get first class first.

Presently she is working as veterinary officer (Class 2) in Panvad at Chottaudepur. “I started my career with small surgeries and always has a soft corner for animals as I used to play with them since I was a child. People hesitate to pursue veterinary course for reasons and sometimes has to face the heat from the society.  But I always want to do something different from others and chose the field to serve the animals who don’t even express their pain like humans,” said Nehal.

Her father Bhavsinh Rathwa is officer in Gujarat government and inspire her to pursue the career. She also clear the National Eligibility Test (NET) to become professor and presently serve in Panvad as Veterinary officer.

“I am the first woman from my tribal community to became veterinary doctor. However four men already serve as veterinary officers after clear the exams,” said a proud Nehal Rathwa.

Dr. Nehal Rathwa became the first female from the community after Dr. Bipin Rathwa to complete the course.