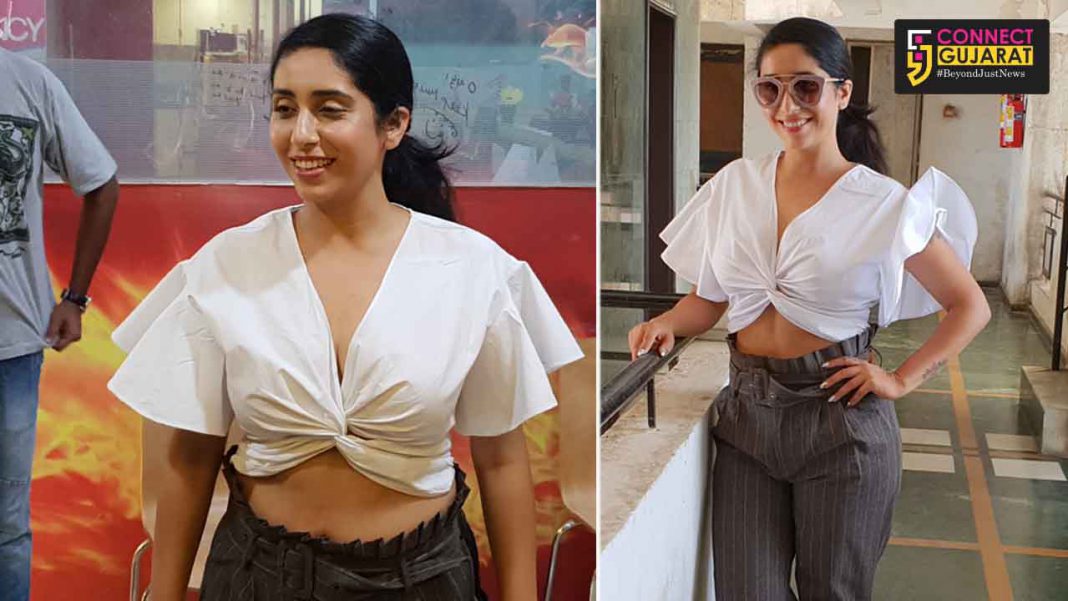 Neha Bhasin, known for her pop star image and currently ruling Bollywood, appreciated the audience and hospitality on her maiden visit to the cultural city of Vadodara. She was here for a show and mesmerized the crowd with her hit numbers.

Neha, known for her works in Indian pop, and Bollywood, said that the experience was good and the audience gave her so much love that she is eager to come back again for more shows. The pop star started her career as a member of a popular and successful pop group and reached the position by recording songs in Hindi and other languages.

“I enjoy my life as a singer and need to be excellent. I love singing and want to conquer Bollywood. As far as pop is concerned, I am living the life of a pop star and enjoying every bit of it,” said Bhasin.

Like other celebrities, she is also active in social media and loves interacting with people. However, sometimes, she avoids being there too much and answers the trolls in her own way. She said that beyond a limit, she believes in giving them a befitting reply in their own language.

As she visited Vadodara, she couldn’t hide her love for the state and said she would love to sing a Gujarati song in future. She also expressed her love for AamRas but also shared the bad experience of getting a bad tummy after having her favourite delicacy. While she got less time here in the city, she wishes to taste Gujarati food in her next visit to the city.

On Sunday, May 21 Punjabi pop sensation Guru Randhawa, singer Neha Bhasin and actress Urvashi Rautela perform at an event in Vadodara hosted by Radio Mirchi RJs. The crowd enjoyed the trio performing on stage on latest Bollywood numbers and make them showing their moves. Various dignitaries like Mayor Bharat Dangar and City Police Commissioner Manoj Sashidhar also remain present there at the show. While Ms. Rautela has earlier ties with Vadodara, this was the first visit and performance for both, Mr. Randhawa and Ms. Bhasin.