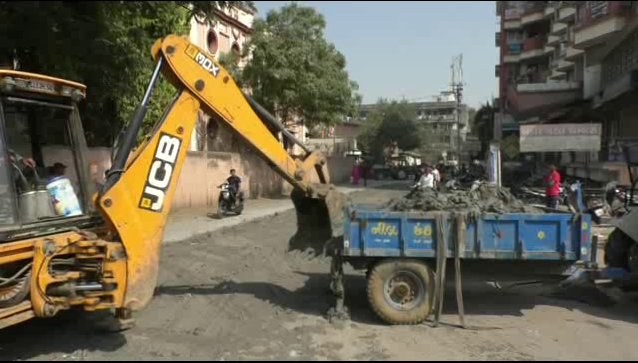 Daily commuters using the New Era Girls High school face problems after the rubble of POP (Plaster of Paris) spread on the road on daily basis. The rubble is the part of cleanliness drive undertaking by the VMC inside historic Sursagar Lake. The rubble spreads on the road due to open tractors use to transfer it and that proves dangerous for the riders.

VMC is undertaking Sursagar lake beautification work and in the process cleaning up the waste from inside. Open tractors are used to transfer the rubble from the lake and hence it spreads on the road proves dangerous for the daily commuters. 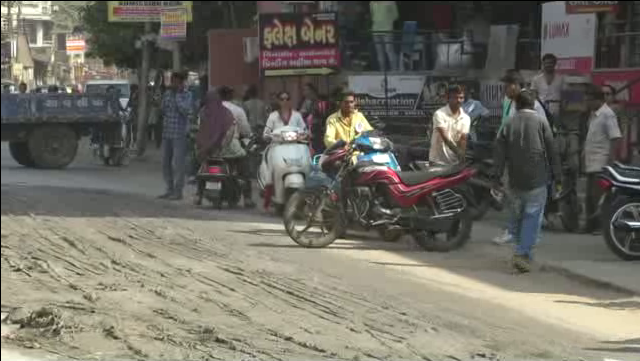 On Monday a open tractor was passing from the New Era Girls school opposite Karelibaug station and the POP rubble was spreading on the road. Three vehicle riders slipped after came in contact with the POP and injured. As they slipped the locals rushed to help them. Local Councillor Farid Cutpiecewala also reached the spot and protest against such negligence by the contractor. He immediately informed the concerned authorities about the incident and removes the rubble from the spot. 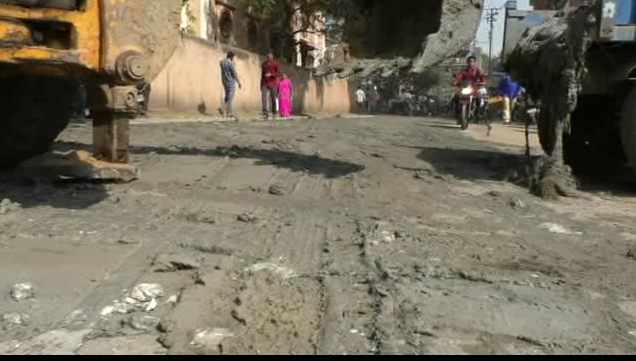 Such negligence is not acceptable as there is a school nearby and students might get injured if the rubble spreads on the road like this. The administration also has to take serious note on that and take action against the contractor.