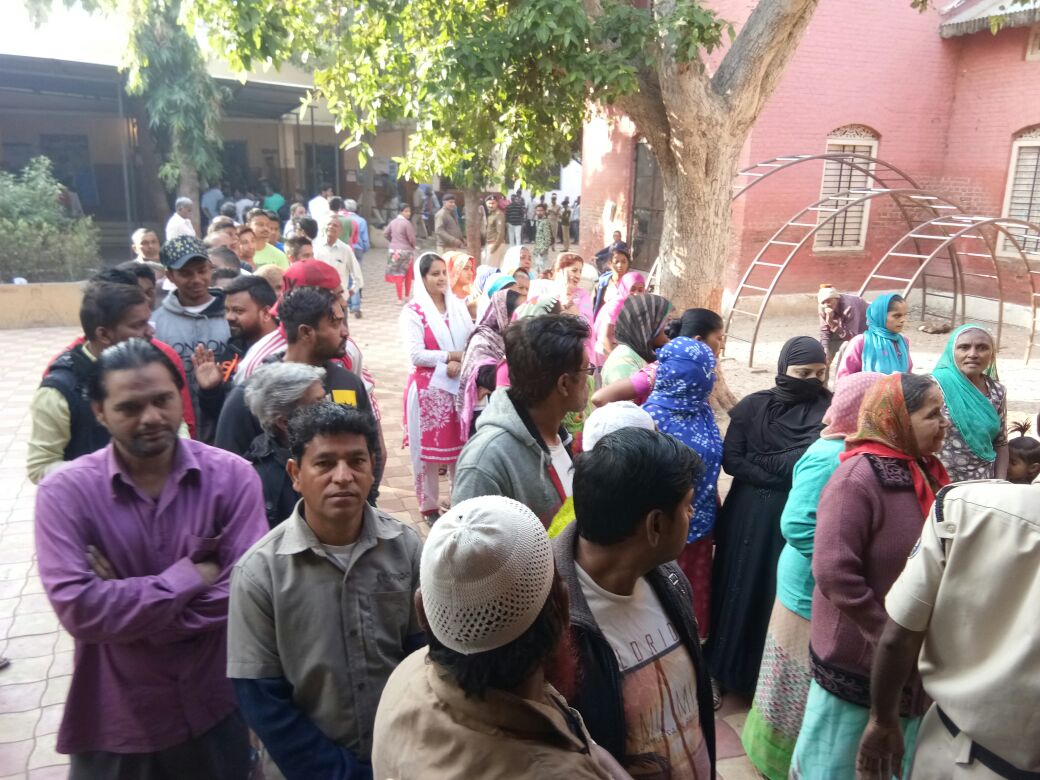 Brisk voting was seen in Gujarat’s second phase elections on Thursday, with nearly 50 per cent polling registered by late afternoon, amid complaints of EVM malfunctioning.

Voting is being held in 93 assembly constituencies across 14 districts in northern and central regions of the state. There are 851 candidates in the fray.

The sluggish voter turnout of the first few hours due to the chilly winter morning gave way to enthusiasm as the sun warmed the temperature, and long lines could be seen outside polling booths.

According to sources in the Chief Electoral Office (CEO), Gujarat office, around 48 per cent ballotting was recorded by 3 p.m.

A skirmish related to the elections took place between two groups of the same community in Hasanpur village in Visnagar, Mehsana. The police was forced to resort to baton charge and 10 persons have hospitalised.

Elections are being held in Banaskantha, Patan, Sabarkantha, Mehsana, Gandhinagar, Ahmedabad, Aravalli, Mahisagar, Panchmahal, Dahod, Kheda, Anand, Vadodara and Chhota Udepur districts from 8 a.m. to 5 p.m. A total of 25,575 polling booths have been set up in 14,523 places and two crore voters are .

The Congress party has complained the Election Commission of India (ECI) about a road show held by Prime Minister Narendra Modi after he cast his vote in Ranip area of Ahmedabad.

Modi, registered as a voter in Ranip area of Ahmedabad, exercised his right at the polling booth at Nishan Vidyalaya in Ranip region of the city. Afer casting his vote, he stood on the steps of his vehicle and carried out a road show for quite a distance, waving to the crowd and the gathering.

There were also several complaints made to the Election Commission about malfunctioning of Electronic Voting Machines in and around Vadodara city. At many places, the polling was halted due to such malfunctioning.

There were reports of a skirmish in Dhanera town in the Banaskantha, where a poll official was attacked by a group, police said.