Mount Barujari that forms part of Rinjani was seen emitting a 2,000-metre-high column of smoke on Tuesday afternoon, prompting authorities to cordon off and evacuate the area within a radius of 3 km around the crater.

Rinjani, the second highest volcano in Indonesia standing 3,726 metres high, attracts thousands of tourists annually for a three-day trek to the mountain top, which has a lake in its boiler.

According to sources nearly 400 foreign and local tourists were registered since Sunday to climb the mountain but after eruption of volcano Rescue teams were dispatched on to evacuate tourists. 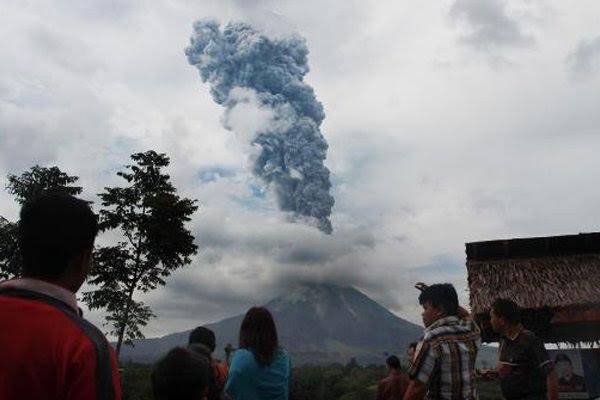 Indonesian authorities in October 2015 issued a volcanic alert after an eruption forced the evacuation of more than 1,000 people, including tourists and residents.

Last year, Mt. Rinjani erupted several times emitting columns of smoke and ash forcing the Lombok airport to shut down and suspend flights in the neighbouring island of Bali.

Indonesia sits on the Pacific Ring of Fire, an area of high seismic and volcanic activity which is home to more than 400 volcanoes, including at least 129 that are still active and 65 qualified as dangerous.