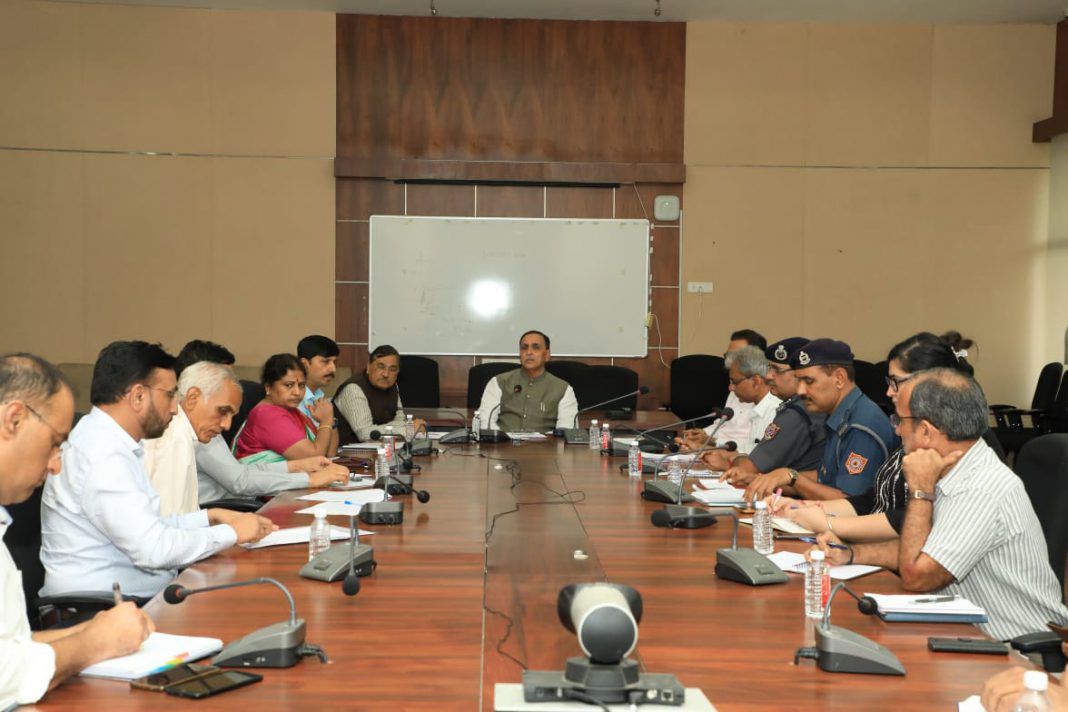 With heavy rainfall in Gujarat many places in Saurashtra and South Gujarat is waterlogged and people were shifted to safer places by the administration. The NDRF teams are also deployed in worst affected areas and working round the clock in rescue and relief efforts.

With the onset of monsoon the NDRF teams is already deployed in the worst affected areas involved in rescue and relief efforts. Yesterday NDRF Commandant R.S. Doon had a meeting with Gujarat CM Vijay Rupani and discussed about deployment of teams in the state.

The battalion headquarter presently has one team and one on the way back from Surat. The Jarod Headquarter have 03 Teams as Reserve (including 01 team of 05 NDRF) total 05 team as Reserve.

In the last 24 hours heavy rains reported in Gir Somnath, Amreli, Valsad, Dang, Navsari, Rajkot, Bhavnagar, Surendranagar, Maurvi, Jamnagar, Bharuch, Anand and the situation is under control. “Our teams deploy in worst affected areas and we are also conducting medical camps and also carrying water purifier packets and aware community to use it. All the work and deployment is under overall supervision of Commandant R .S.Joon,” added Mishra.