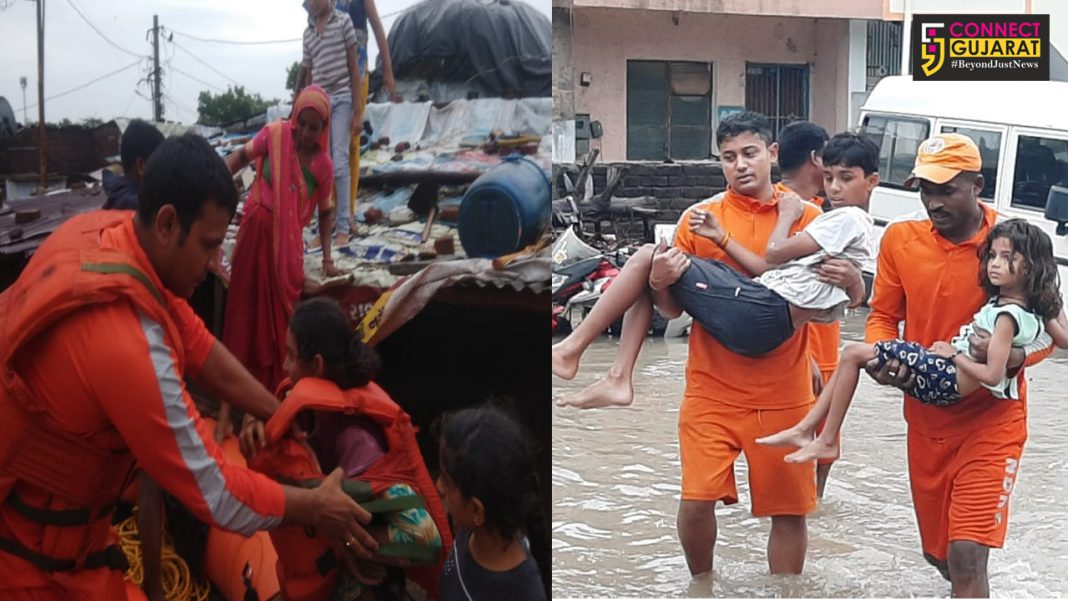 NDRF team rescued more than 30 persons which includes 9 males, 17 females (including a pregnant woman) and four children. Out of the rescued there is a 27 year old pregnant lady rescued by the team.

As Vadodara is on high alert after the heavy rains in Wednesday the rescue efforts is on full swing in the affected areas. Teams of NDRF using latest rescue tools reach the people and shifted them to the safer places.

As per R.K. Mishra PRO and Deputy Commandant 6 BN NDRF, their teams are deployed much before the situation get worsened and began the rescue efforts to shift the people to safe areas. More than 185 people were shifted by their teams from different areas to safer places. Their teams also reached 11 goats, one dog from Sahyog nagar in the city.