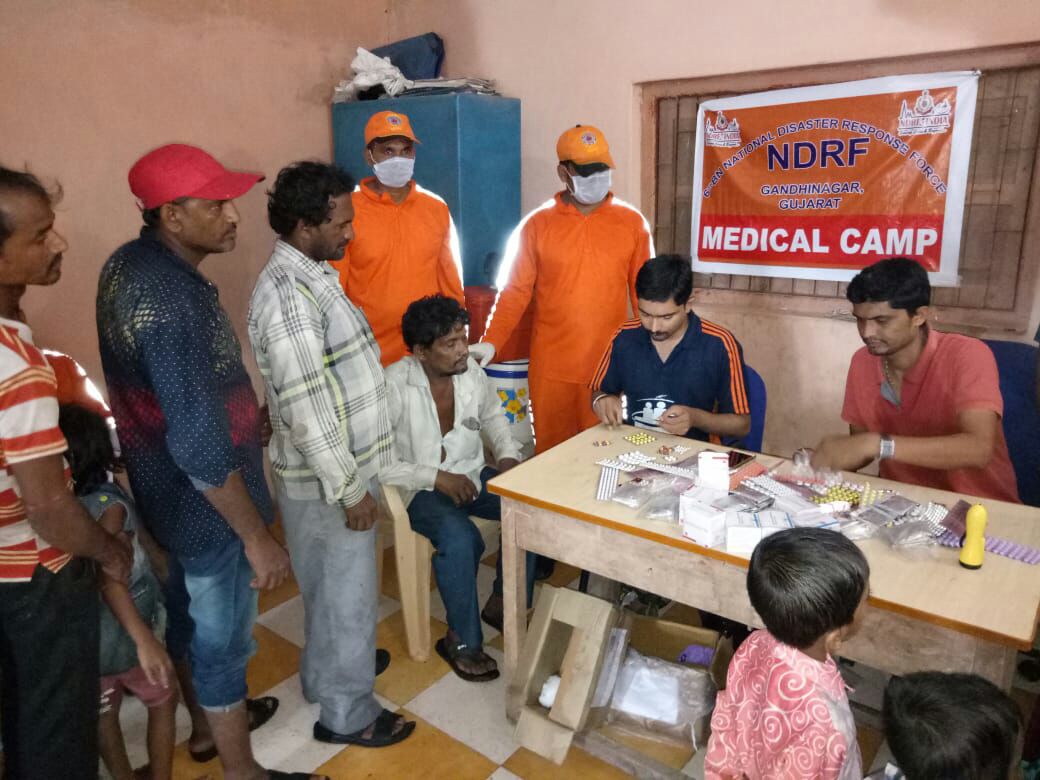 Gujarat is facing heavy rains this year and many regions especially Saurashtra reported massive rescue efforts after the floods. The most challenging is the after rescue efforts which include the medication of the affected and clean the areas to prevent any epidemic to spread.

NDRF teams deployed in the flood affected areas conducts post disaster medical emergency care and held medical camps for the people. Working on as part of after rescue work the teams are organising camps and distributed medicines and water purifier kits to the people to save them from any infection.

“As part of our responsibility we organised medical camps for the flood affected people in Saurashtra region and some places with state government doctors. Chief Medical officer Dr Parthivan of NDRF having vast experience during last year flood in the state with their medical team visited the camps and issues important guidelines. In the last two days out teams attend around 2000 people and provide medicines after checkup. Water purifier packets were also distributed to them for drinking water and also conveyed the message to drink boiled water,” said 6Bn NDRF PRO. R.K. Mishra, Deputy Commandant Vadodara.

General medicines like antibiotics, antiseptics and others were distributed to the affected people by the NDRF medical team and also aware them about personal hygiene and first aid like CPR in case of emergency. Dignity kits will also be distributed during the medical care camps. The camps are held at Manikpur, Khatrivadi, Bhagnagar, Mahuva, Padari, Kaneri, Plasva, Barda & Gohiltiaikhar all Sourastra region.

“This is an ongoing life saving mission as infectious diseases can harm people more than the flood trauma. Wounds, diarrhea and illness due to lack of sanitation and fresh water are the main risk in post disaster phase which we address on top priority,” said Mishra.

Airtel steps up the Experience for its Platinum customers Promises Faster...

Seven teams of NDRF deployed in six districts of Gujarat in...