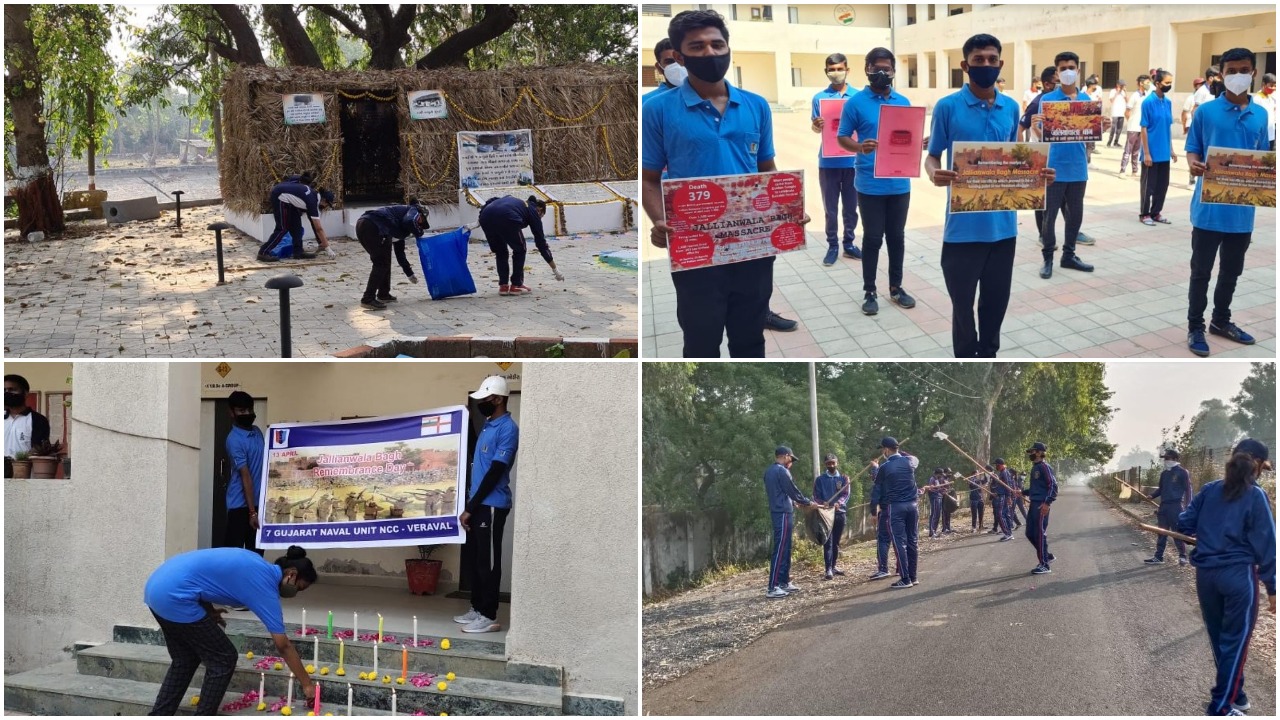 As part of the celebrations to commemorate the 75th Independence year, Jallianwala Bagh Remembrance Day was observed by the NCC cadets of Gujarat Directorate on 13 April 2021 at multiple locations all over Gujarat. The cadets spread awareness about the sacrifices made by the freedom fighters in achieving independence.

As part of the overall event, a ‘Plog Run’ was conducted at various locations with the theme ‘Say no to plastics’. The cadets enthusiastically participated in the event and spread the message about the adverse effects of using plastic on the environment.

In addition, recitation of patriotic songs, poems, conduct of Nukkad Nataks and information talks on Jallianwala Bagh were also carried out with the theme ‘NCC remembers Jallianwala Bagh’.

The cadets also posted a large number of messages on the social media platform, highlighting the sacrifices of the freedom fighters. The district administration actively cooperated in the overall conduct of the event. The efforts of the cadets in paying tribute to the martyrs of Jallianwala Bagh were widely appreciated by the local population.

Major General Arvind Kapoor, ADG, NCC Directorate Gujarat, Dadra and Nagar Haveli, Diu and Daman complimented the efforts of the cadets and advised the cadets to continue spreading awareness amongst the people on various issues for betterment of the society.