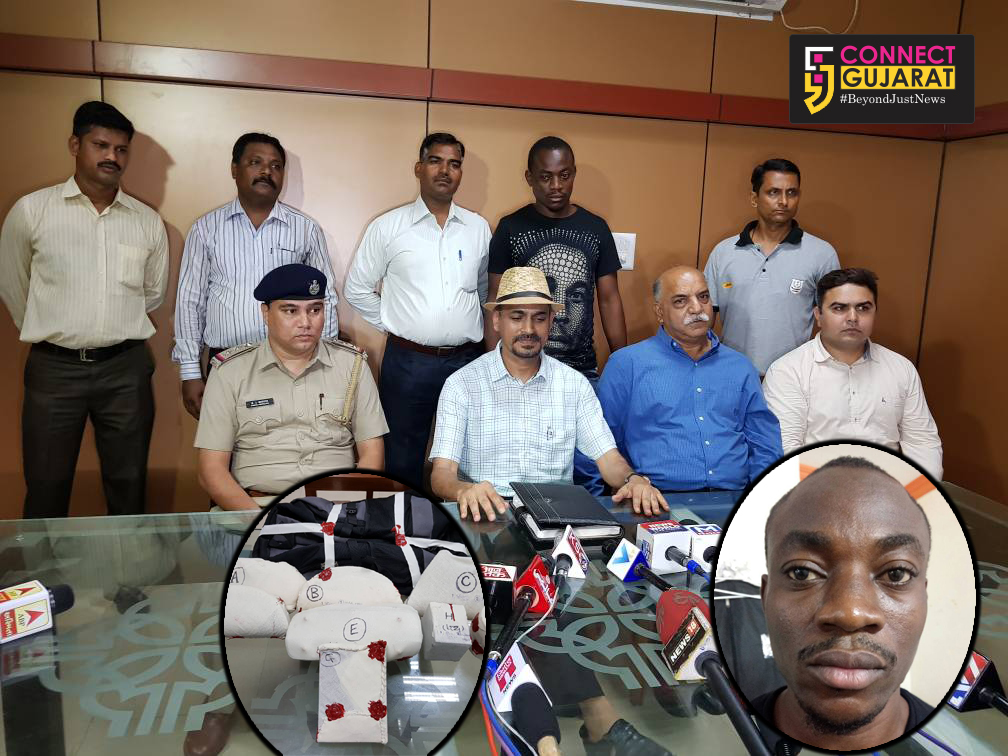 The Narcotics Control Bureau (NCB) with the help from RPF and GRP Western Railway Vadodara arrested a Nigerian national with drugs worth crores from him. The team based on prior information entered the B1 coach of Nizamuddin Goa Rajdhani express and during search caught the Nigerian with the drugs hidden inside ladies bags, chappals and pen stand. 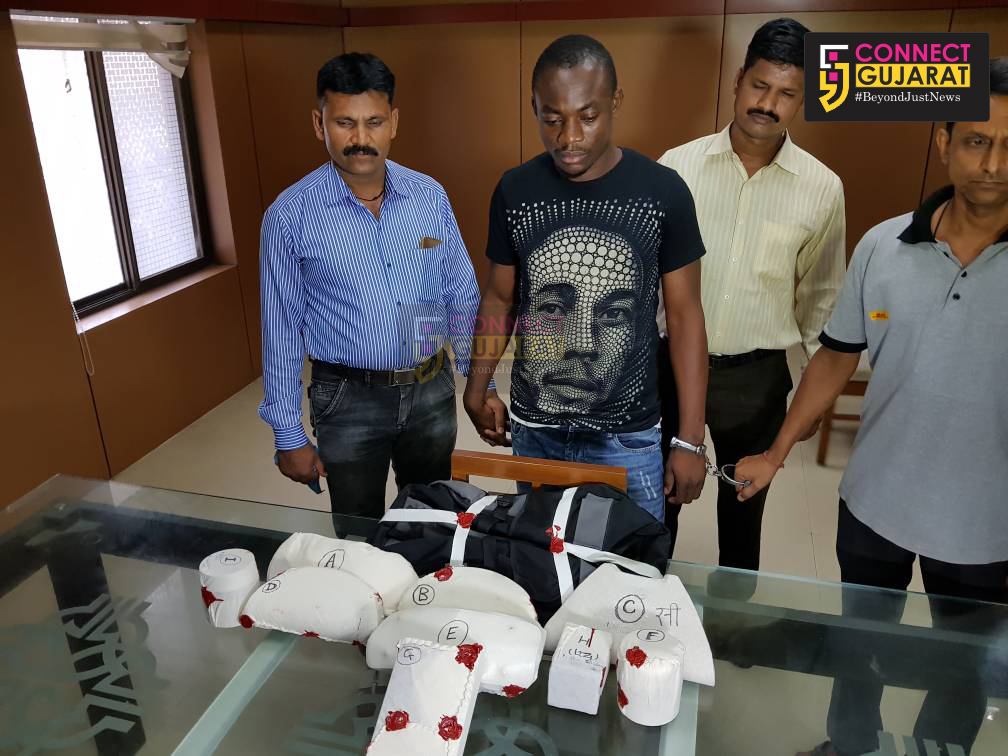 The team of NCB earlier arrested one accused from Mumbai Panvel a week ago with drugs and received information about some person carrying drugs travelling in the train. Based on the information the NCB searched the Rajdhani express at Vadodara railway station on Friday night yesterday and caught the Nigerian national Peter Chenedu alias Ebero with 3.5 crores drugs.

“We received the information about a drug peddler travelling in Rajdhani express towards Goa. As the train reached Vadodara railway station we get inside the B1 coach of the train and found the Nigerian national sitting on seat no. 37 and while searching his luggage we found the drugs cleverly concealed inside the ladies purse, sandals and pen stand. We recovered 843 grams Amphitamine, 255 gms Cocaine and 65 gms Ecstacy (MDMA) ( Gross) from him,” said Hari Om Gandhi Zonal Director NCB. 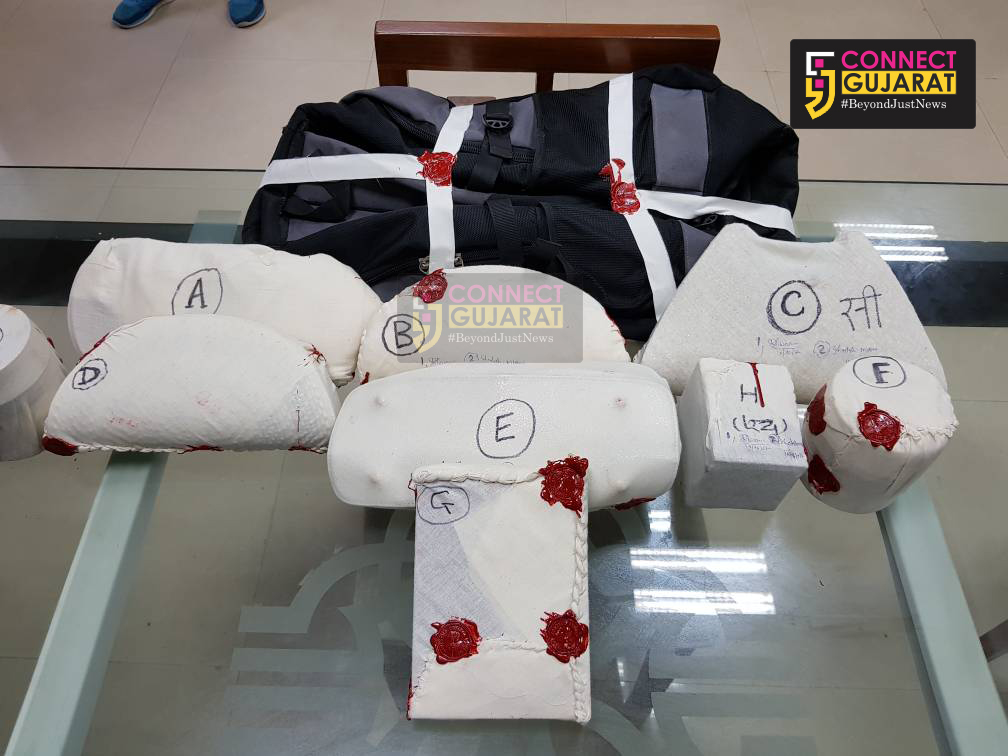 During interrogation he revealed that he received the consignment from Delhi from a person of Nigeria and further handed over to Mumbai based another Nigerian person. The total cost in the international market is approx 3.5 crore.

“The passport shows that the person is from Lagos Nigeria as his passport shows and he has the ticket upto Vasco de Gama. He also has a rented flat in Dwarka area where he lives and operated from there. Earlier in last 10 days we cracked three cases where in the first we caught a Nigerian national with 1 kg of Cocaine, in the second we caught a lady from South America with 3 and half kg of Cocaine and now the Nigerian caught form the train with drugs worth 3.5 crores. He visited India several times and we are as per he said that he received 150 dollars per trip but that is not acceptable to us as the drugs are very expensive which we found from him,” said Gandhi. 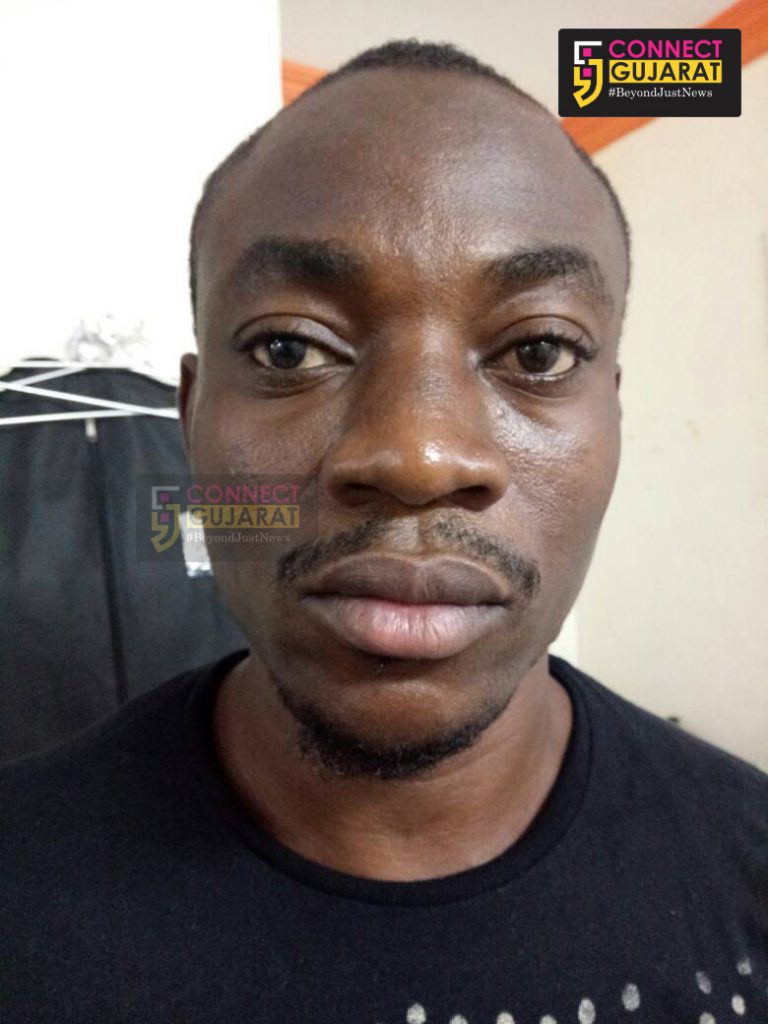