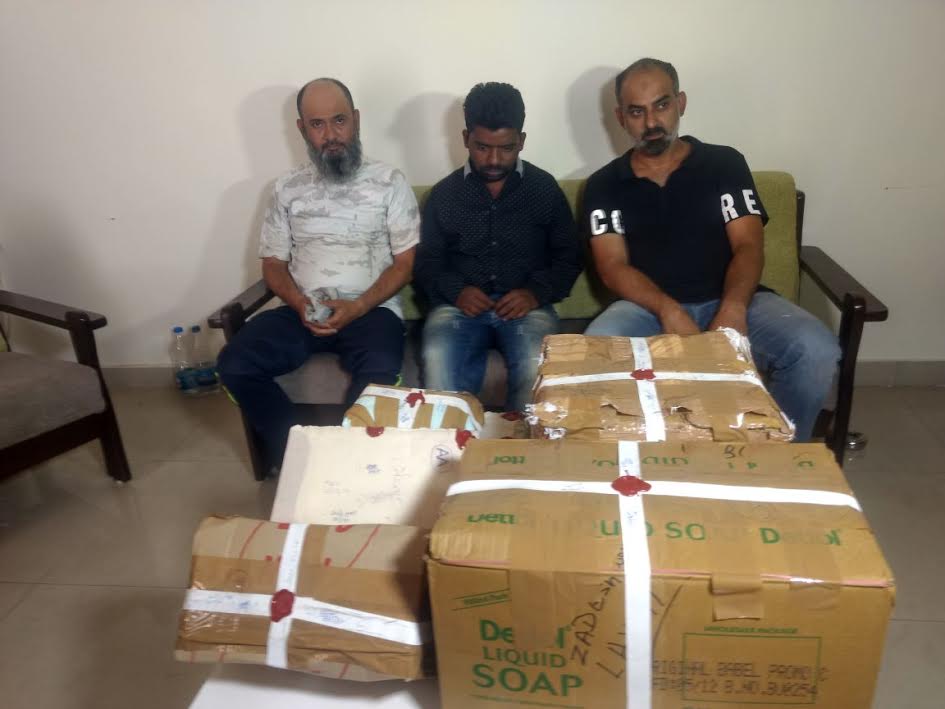 A specific information was received that a person named Mohd. Arif of Bharuch would receive medicines containing opium from a courier company at Panch Patti, Bharuch.

Accordingly NCB team kept a watch on 27th March 2017 near the place. While receiving two parcels, Mohd Arif was apprehended, these two parcels contained 650 bottles which contained small size round tablets/substances which were found containing opium. These bottles were named as Kamini. On enquiry, he revealed that a person named Mohd Umar of Surat would be sending these medicines outside India. Meanwhile another person named Mohd Zafar came to receive the above parcels containing Kamini tablets on behalf of Mohd Umar, he was also apprehended.

During initial enquiry it is revealed that both the person Umar and Arif were sending these medicines to destinations in US and Canada regularly by various courier agencies. Approximate street value of these medicines in international market is around 1.5 crore to 2 crore. Further investigation is on.