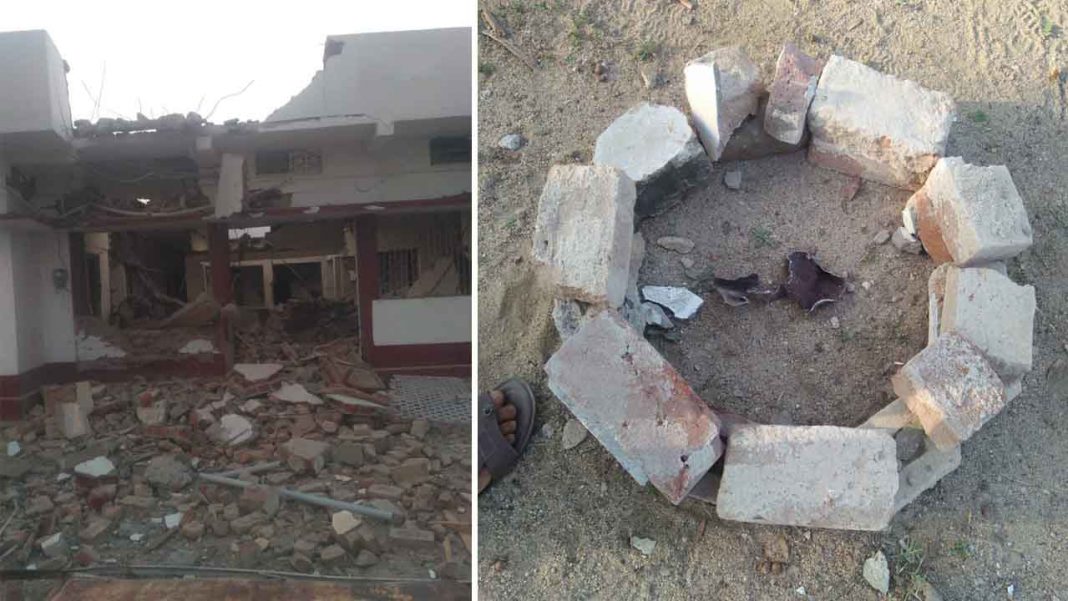 The residence of BJP leader Anuj Kumar Singh was blasted allegedly by Naxals in Dumariya on Wednesday night. The Naxals also left a poster calling for boycott of elections.

Anuj Kumar Singh’s house bore a horrific look after Naxals used dynamites to blow it, reported news agency. The front wall was reduced to rubble while a major portion of the structure inside the house, belonging to the former MLC, suffered extensive damage as well. However, no casualties were reported.

The Naxals also put up a poster on the house after the explosion in which they demanded that the upcoming Lok Sabha election should be boycotted.Police officials reached the spot soon after the incident was reported to them and an investigation has been started.