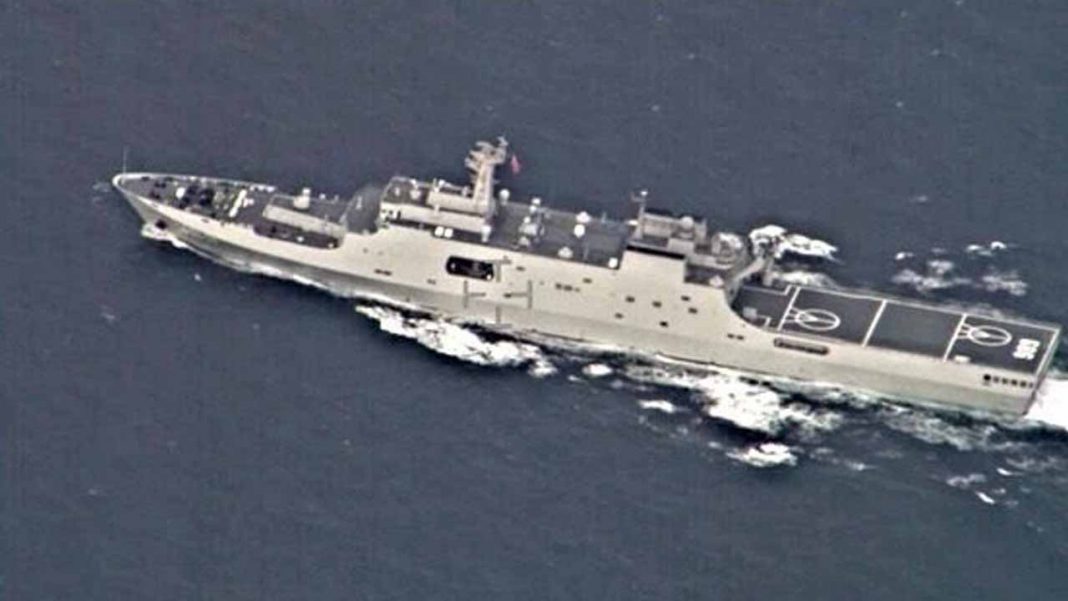 The pictures have been taken by the P-8I maritime surveillance aircraft in the first half of September while patrolling over the Indian Ocean before it entered Sri Lankan waters.

The P-8I tracked down another Chinese frigate that is part of its anti-piracy escort task force deployed in the Gulf of Aden to provide security to Chinese merchant vessels from Somali sea pirates.

The direct monitoring of the Chinese warships by the Indian Navy will start  as soon as they enter the IOR from the Malacca Straits.