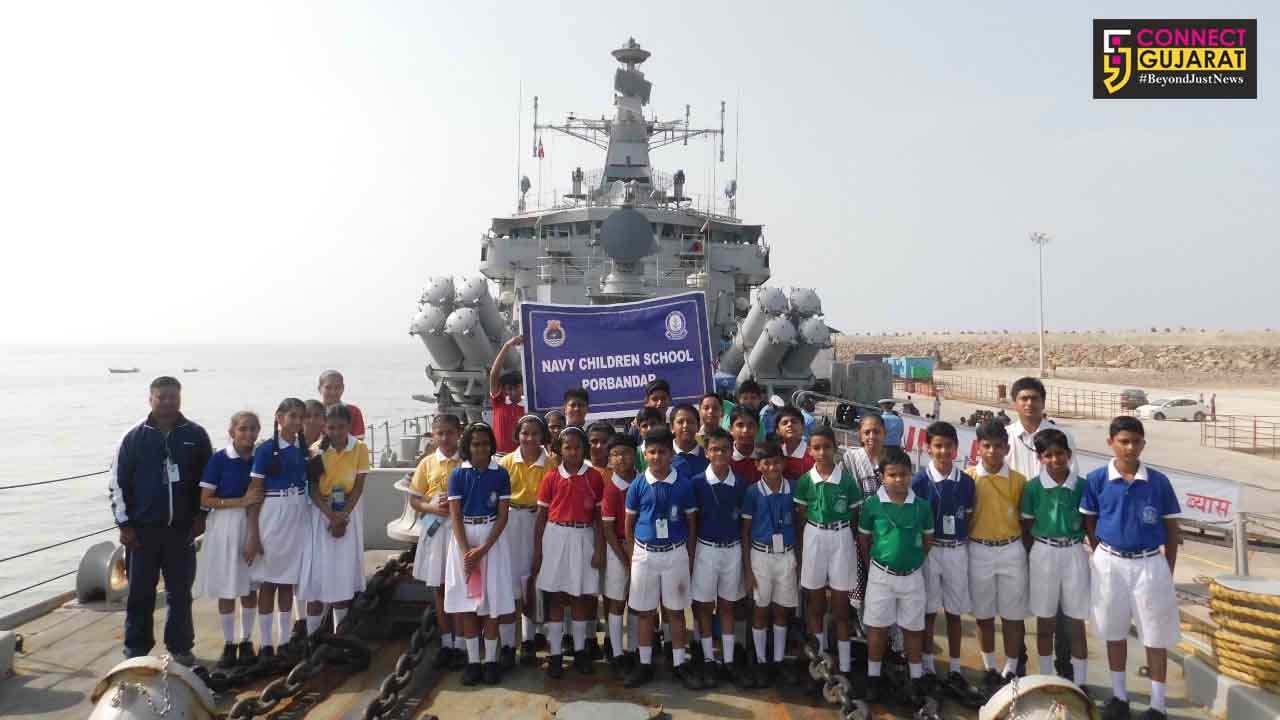 Various activities were conducted by the school with great spirit and enthusiasm starting from 20 - 26 Jul 19 to commemorate Kargil Vijay Diwas. A drawing competition was organised for the students of Std I – IX while an inter house debate competition on the topic ‘Permanent solution for terrorism – Non Violence/Surgical Strike’ engaged students of Std VI - IX. The tiny tots of kindergarten of the school were given a joy visit to Naval Air Squadrons at Naval Air Enclave, Porbandar.

The school also conducted a motivational and educational visit for students to INS Beas as part of the celebration. The activities helped to rekindle the pride in every student and staff of the school to safeguard the honor of tricolor.