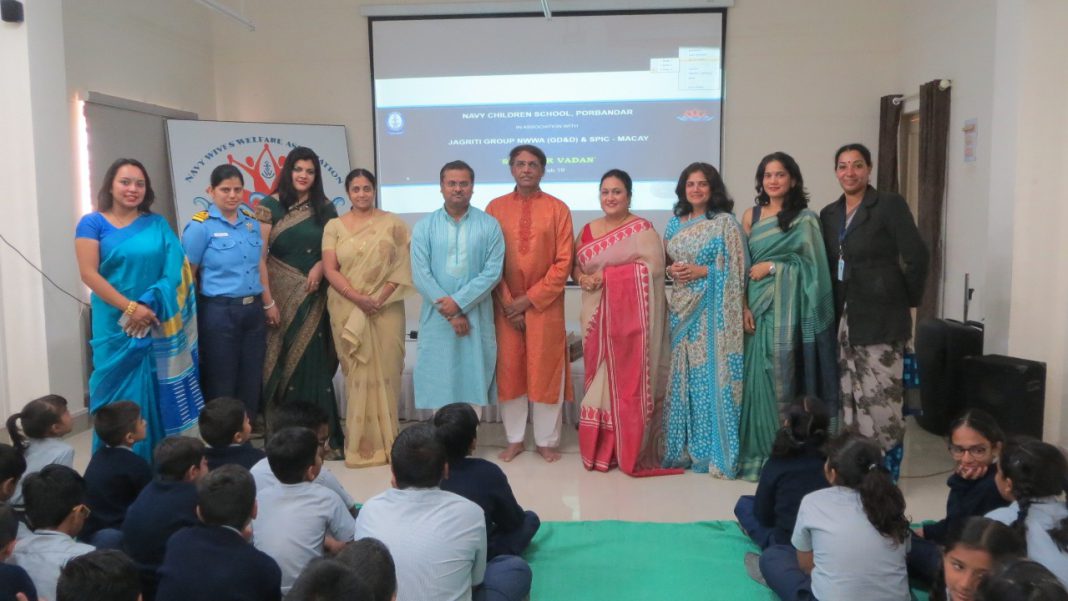 Aim to motivate students to learn classical music and instruments

India is perhaps the oldest civilization alive today and is renowned the world over for its rich heritage of performing arts, music, dance and singing. The traditional Indian music has its own pristine beauty and ranges in genre from the classical to folk music, played on a variety of ancient and modern musical instruments.

Navy Children School, Porbandar, in association with the Jagriti Group of NWWA (GD&D Region), organised SPIC – MACAY (Society for the Promotion of Indian Classical Music and Culture Amongst Youth) Program at Naval Base, Porbandar. The aim of this program was to introduce and motivate the young students of the Navy Children School to learn the traditional Indian classical music and musical instruments.

Dr Dhananjay Daithankar, a Santoor Maestro along with Shabeer, a well known Tabla artist, from the SPIC – MACAY performed well known Indian classical scores in Jugalbandhi for their curious, young spectators. Under the aegis of SPIC – MACAY and the Ministry of Human Resource Development (MHRD) the duo is on a mission of promoting the Indian Classical Music amongst the youth by performing and introducing the Indian Classical Music at various schools, colleges, educational institutions and youth forums across the country. The motivational performance by both the artists ended with a very lively interaction with young students of NCS, Porbandar.

Devotees across the country crowded temples to offer prayers on MahaShivratri

Devotees across the country crowded temples to offer prayers on MahaShivratri