Navratri Fashion Trends- From then till Now! 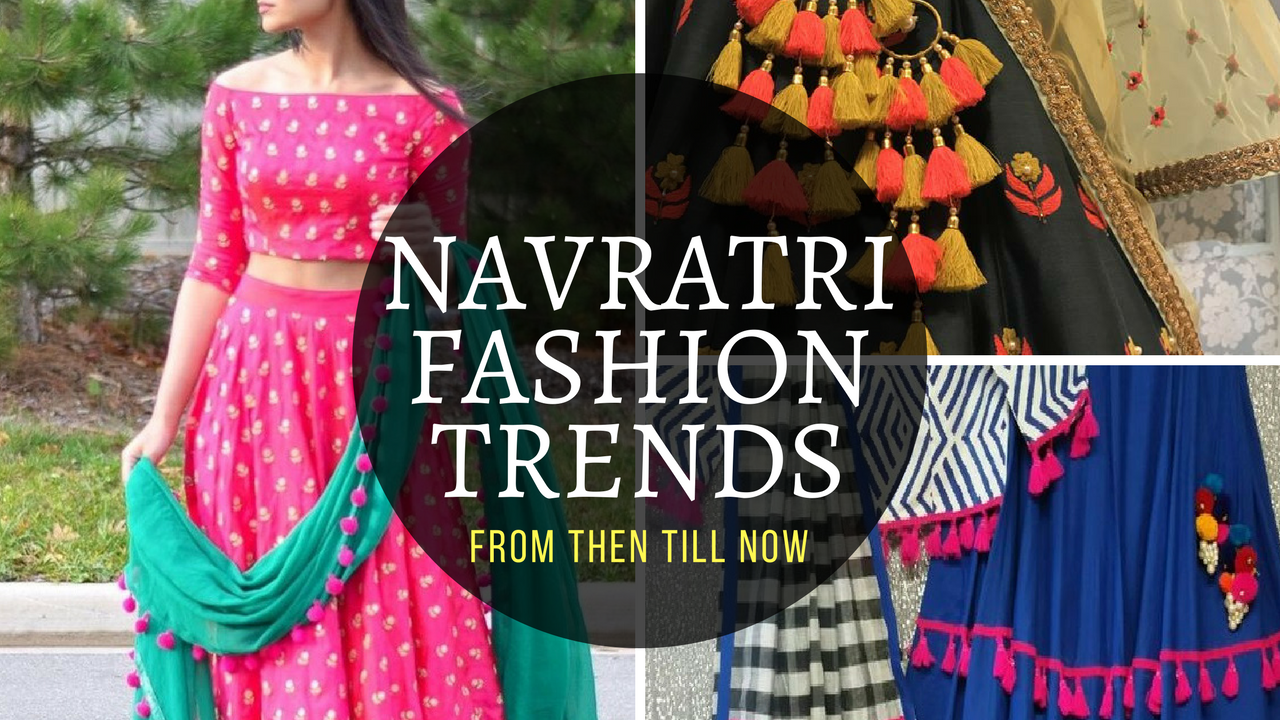 Navratri is said to be India’s longest festival of joy. A celebration where people spend nine nights worshiping Goddess Durga, dancing, singing and most importantly dressing up! It is majorly celebrated in Gujarat and Maharashtra, and people in both these states are known to be super fashion Conscious. And we have witnessed a huge fashion evolution over the years.

So this article would take you through the journey of all the trends Navratri has witnessed over the years. This blog along with providing you the detailed fashion summary will also talk about the trends of 2017 so that you can stay up-to-date with the latest styles and fashions. 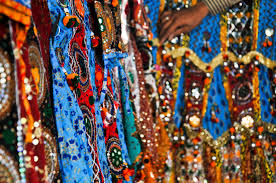 Fashion is rapidly changing. The costumes that were worn few years back have totally changed now. Earlier more of a traditional side was worn. Navratri chaniya’s with full mirror or glass work were worn. Colors like red, black and Blue dominated. Also the way the dupatta was styled varied. Dupatta was worn mostly covering the head. Even the length of the chaniya was quite short (you can call it ankle length). 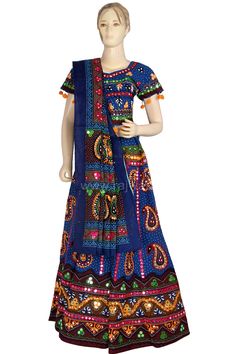 As years passed by people started experimenting with the traditional style. Bright colors like yellow, blue, pink, orange, purple were added. The heavily worked chaniya’s got replaced by lacy golden-ish work which mostly covered the bottom and were often paired with stylish heavy worked blouses.

Then we witnessed a healthy neon trend which was brought all the way from western countries. As US Fashion Show modelled girls wearing neon skirts and crop tops, we adapted it and designed neon chaniya- cholis. But this trend didn’t last long as girls found it too bright to accessorize. And the trend soon faded away.

And then in 2013, released the film Ramleela, and the chaniya worn by Actress, Deepika Padukone completely revolutionized the Navratri costumes. The multilayered chaniya’s having two- three layers were the attention of everybody’s eye. People soon became crazy with this trend and everybody wore the famous Ramleela chaniya- choli that year. The only thing with that pattern was the fact that the multi layered chaniya’s made the weight of the costume quite heavy, making it difficult for girls to dance in them for long hours. But it didn’t matter as most girls just wanted to get pictures clicked in the trendy and so elegant Ramleela style chaniya’s. 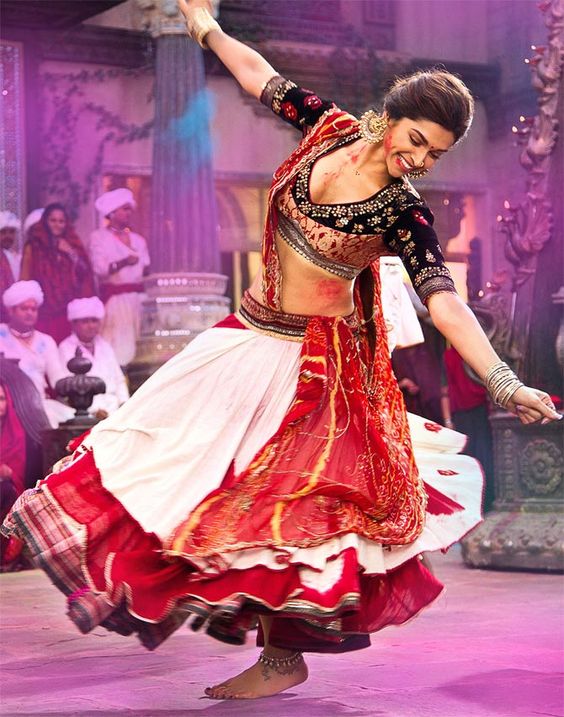 Even a lot has changed in the fabric over the years, from cotton to silk to layered net to brocket, etc.

Later we had the trend of floral print chaniya’s ranging from big floral prints to small floral patterns. The floral print gave a girly touch and were liked by most girls, but obviously not many women adored it. Because no matter how cute floral prints look, they are often misjudged as something that is to be worn by young girls. 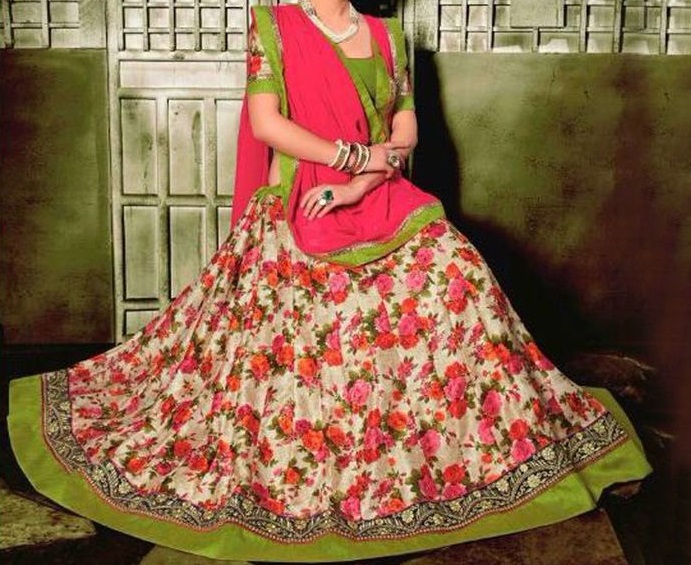 Talking about 2017, we have a completely new revolutionized theme, which is all dominated by the love of Pom-Poms, tassel style to Bohokinda fashion. The Tassel-Boho theme as you might be aware of is even rocking the western world. And we have been successful in adapting it in our fashion. From having Pom-Poms in Chaniyas to Duppatta’s and even accessories like pom-pom choker,etc. is the new In-thing this year! The Tassel-Boho thing not only makes your attire playful and colorful but at the same time makes it look super trendy, chic and fashionable. Below are a few images which you can use to style yourself this navratri! 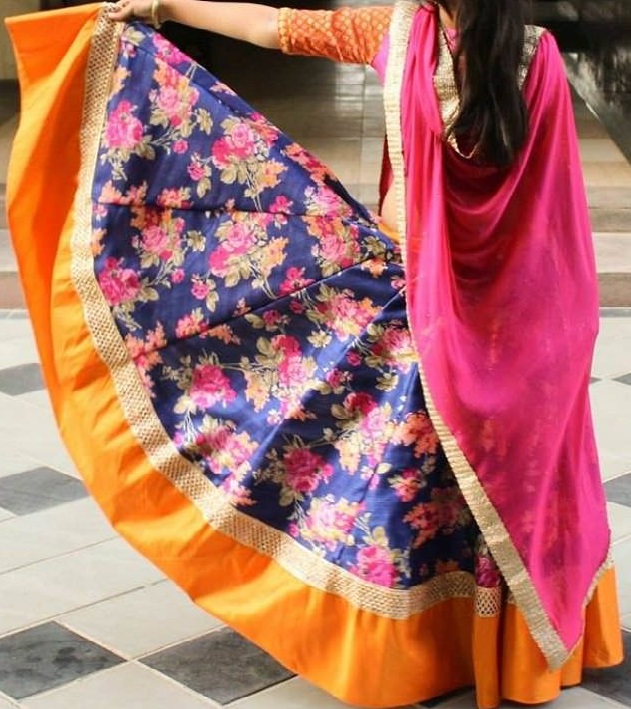 The most interesting part of this Navratri outfit fashion journey is Chaniya remains Chaniya and Choli remains Choli the most traditional names are still as it is though Chaniyas in real sense became midis and micros due to highly influenced Bollywood.

Dhruva is a Community Manager at social media creative agency and a lead auditor at a law firm. She is passionate about writing, storytelling, fashion and snapchat.