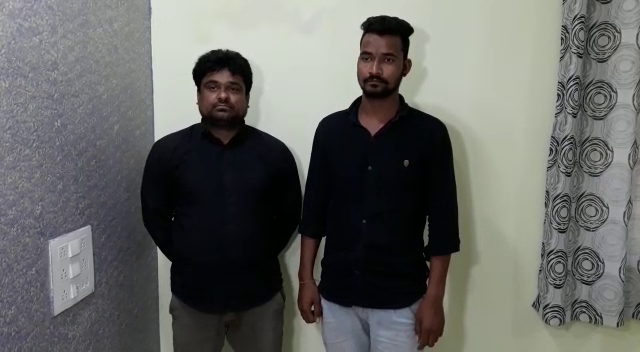 Threatening people and collect money from them

Vadodara Navapura police arrested two for threatening people in the name of CBI and collect money from them near Khanderao market crossing in the midnight. The duo openly give threat to the people to put them behind bars if they don’t give the money.

As per the details the duo pretending to be from the CBI stopped the vehicles passing form Khanderao market crossing and asked them about the papers and licence. They demand money from them and also threaten to put them behind bars if they oppose.

However many of the vehicle owners oppose and had quarrel with them about collecting the money from them. Meanwhile a passing PCR rushed to the spot after saw the crowd and arrested the duo. During interrogation they reveal their names as Vasant Panchal and Ravi Sheyal residents of Bhaktinagar in Makarpura. The Navapura police further investigating about the accused involved in similar crime in the past and collect money from the people.