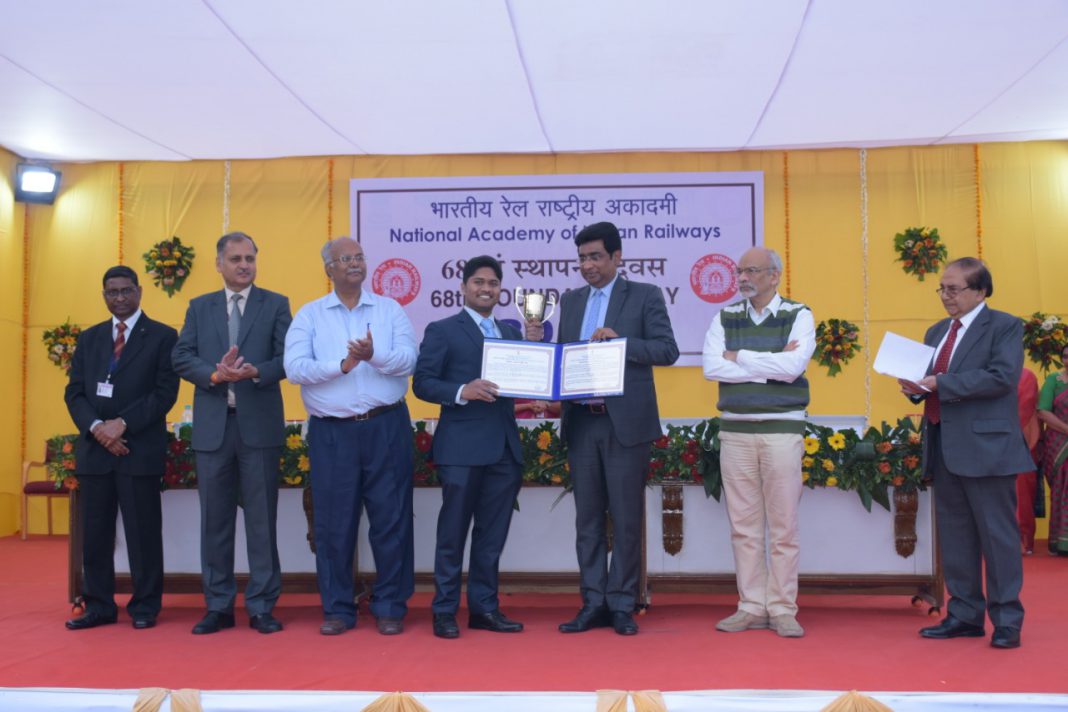 National Academy of Indian Railways (NAIR)  Vadodara organized its 68th Foundation Day on 31st January 2019 with great enthusiasm and joy.  Prof. G. Raghuram, Director, IIM, Bangalore was the Chief Guest of the function that was presided by Vinod Kumar Yadav, Chairman of Railway Board, New Delhi.  The function was organized under the leadership of Pradeep Kumar, Director General of the academy.

During the Foundation Day function, ‘Distinguished Alumnus Award’ for the year 2018 was presented to Shri R. K. Singh, an officer of Indian Railway Service of Engineers (IRSE) and Former Chairman Railway Board. Various medals and trophies were presented to the 33 Railway officers and many other staff, who displayed their outstanding performances in various training programmes and other activities during the year 2018.

After the function, a beautiful cultural programme was also organized by the Probationers of the ongoing Group ‘A’ Foundation programme.

National Academy of Indian Railways (NAIR) is the apex level training and management development institute for the officers of the Indian Railways.  The Academy provides training and management development opportunities not only to newly appointed Railway officers but also to senior officers.  Besides, the Academy trains officers of other services of the Government of India, Public Sector Undertakings, and those from foreign Railways. The faculty comprises of a Director General and other officers of Indian Railways with rich experience in their respective areas of working.

NAIR, formerly Railway Staff College, which was initially founded in 1930 at Premnagar, Dehradun, was then shifted to its present regal sylvan surroundings at Lalbaug, Vadodara in 1952, and housed in the Pratap Vilas Palace, built in 1914 AD by the Gaikwads (erstwhile rulers) of Vadodara. Having been set up at its present location on 31st January, 1952, the Academy is celebrating its 68th Foundation Day this year.

The academy has excellent facilities in terms of Classroom environment, rich Library, Computers, Sports grounds & courts, Hostel, and Mess etc. for the trainees and other guest officers.