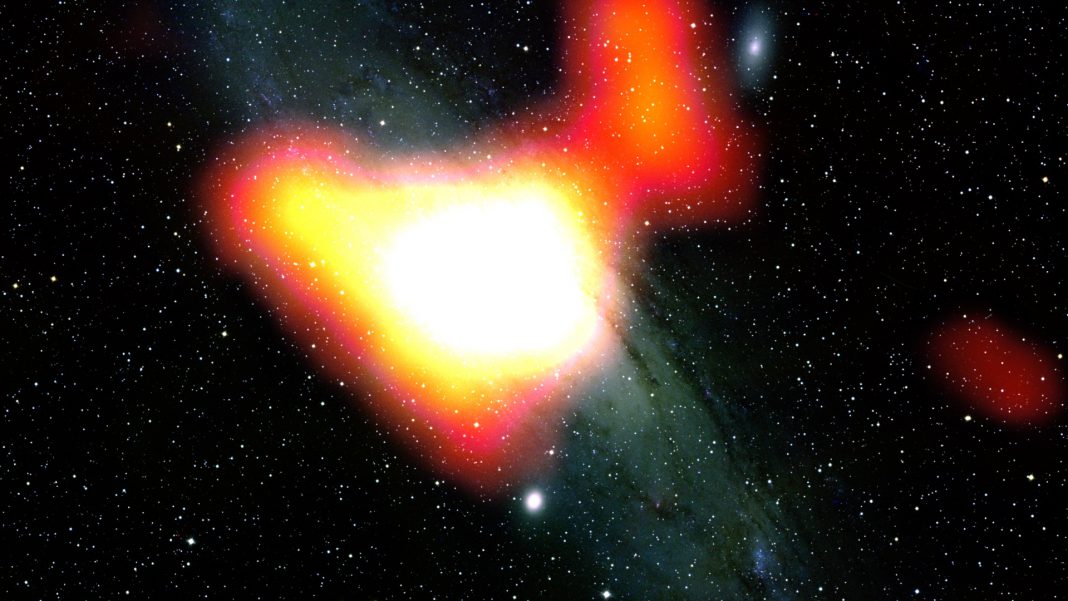 NASA’s Fermi gamma-ray space telescope has found a signal at the centre of the neighbouring Andromeda galaxy that could be coming from dark matter, an unknown substance that makes up most of the universe, according to a study.

The gamma-ray signal is similar to one seen by Fermi at the centre of our own Milky Way galaxy.

“Our galaxy is so similar to Andromeda, it really helps us to be able to study it, because we can learn more about our galaxy and its formation,” said study co-author Regina Caputo, a research scientist at NASA’s Goddard Space Flight Centre in Greenbelt, Maryland.

Gamma rays are the highest-energy form of light, produced by the universe’s most energetic phenomena.

They are common in galaxies like the Milky Way because cosmic rays, particles moving near the speed of light, produce gamma rays when they interact with interstellar gas clouds and starlight.

Surprisingly, the latest Fermi data shows the gamma rays in Andromeda — also known as M31 — are confined to the galaxy’s centre instead of spread throughout, said the study to be published in an upcoming issue of The Astrophysical Journal.

To explain this unusual distribution, scientists are proposing the emission may come from several undetermined sources. One of them could be dark matter.

“We expect dark matter to accumulate in the innermost regions of the Milky Way and other galaxies, which is why finding such a compact signal is very exciting,” said led scientist Pierrick Martin, an astrophysicist at the National Center for Scientific Research and the Research Institute in Astrophysics and Planetology in Toulouse, France.

“M31 will be a key to understanding what this means for both Andromeda and the Milky Way,” Martin said.

Another possible source for this emission, according to the scientists, could be a rich concentration of pulsars in M31’s centre.