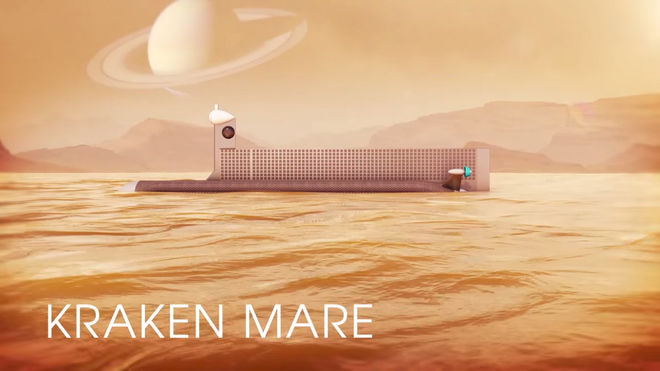 Saturn’s moon Titan is unique in the outer solar system in that it is the only one of the bodies outside the Earth with liquid lakes and seas on its surface and the US space agency has unveiled plans to send a submarine into the depths of its largest ocean — Kraken Mare.\

As per the reports of inverse.com. NASA is working on sending a submarine into the depths of the Kraken Mare.

The Titanium seas, are not of water like Earth’s seas, but they are of liquid hydrocarbons. One of the reasons why NASA wants to go to Titan is to determine if hydrocarbon based life is possible on Titan or not.

Secondly, with clouds and an atmosphere, Titan is very similar to Earth ? apart from the extreme cold and oceans of liquid methane.

But hidden in the methane sea may be clues to how life evolved and potentially some weird extraterrestrial microbes, the report said.

The proposed submarine would carry instruments to measure the chemical composition of the ocean, the currents and tides, and the structure of the ocean floor.

NASA has a proposed launch date of 2038 because of how the Earth and Saturn are aligned with Titan’s seasons.

Sprawling over some 1,000 km, with depths estimated at 300 m, Kraken Mare represents an opportunity for an unprecedented planetary exploration mission, NASA earlier said in a statement.