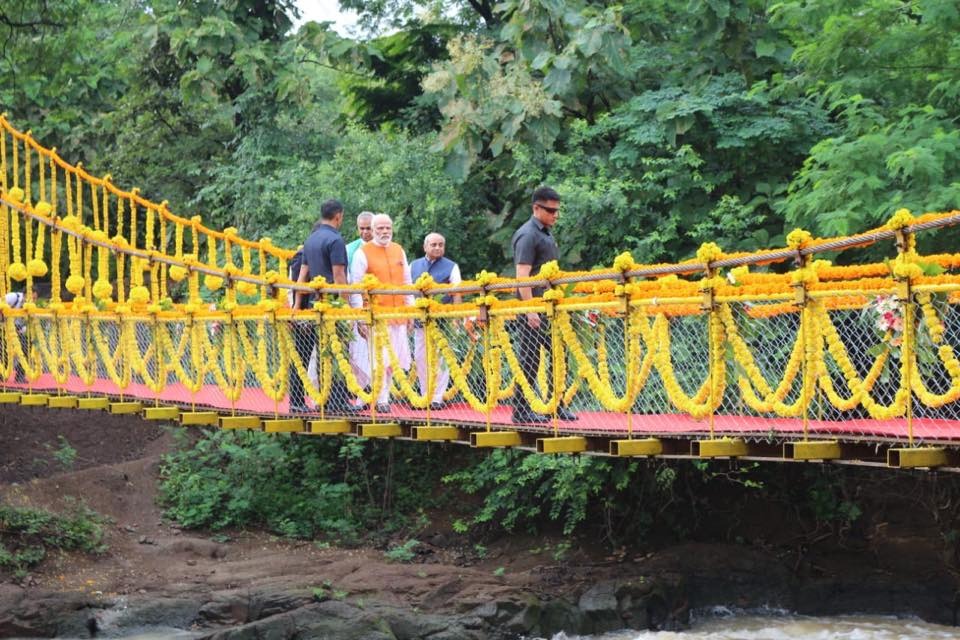 As Prime Minister Narendra Modi celebrates his 69th birthday on September 17, the whole nation will be celebrating with him like any festival arrives.

While the Bharatiya Janata Party has decided to observe the whole week as ‘Seva Saptah’ different states will celebrate the occasion in their own unique way.

Meanwhile, PM Modi will be visiting his home state Gujarat. As the Sardar Sarovar Dam is expected to reach full capacity soon, PM Modi will witness this on his 69th birthday.

He will also visit his mother Heeraba and take her blessings as he does before any of his important moments to take place.

Some glimpses on how our dearest PM’s been celebrated all over India :

In 2014 when he was elected as our PM, he met his mother Heeraba in Ahmedabad on the occasion of his 64th birthday. PM greeted his mother and touched her feet to seek blessings. 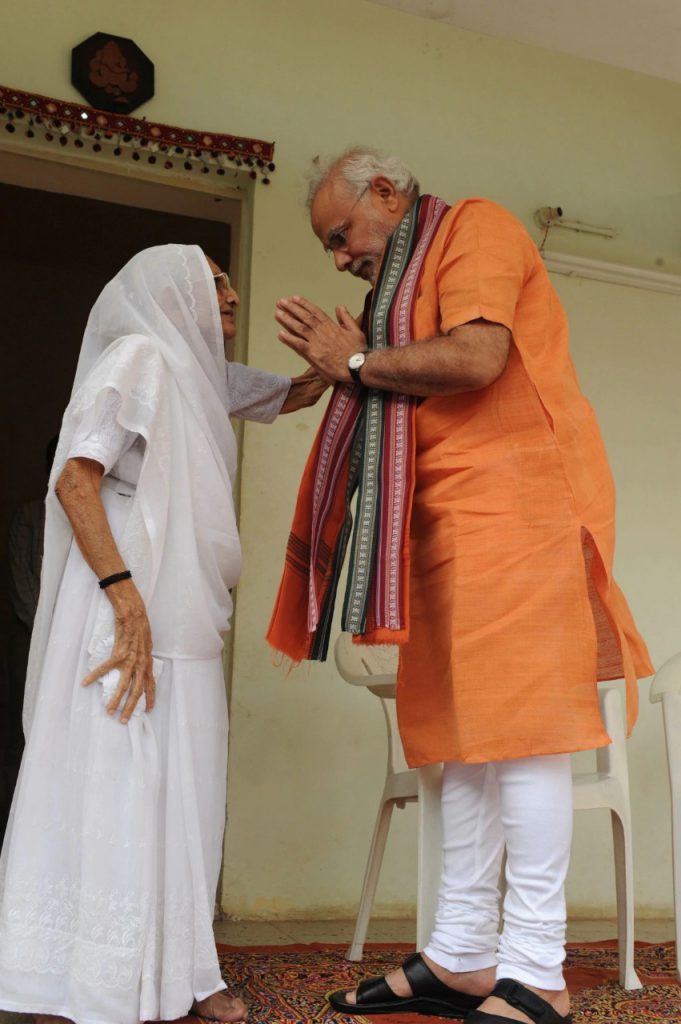 In 2015, Prime Minister Narendra Modi visited Shauryanjali, a military exhibition to mark the golden jubilee of Indo-Pak War of 1965, and said that the sacrifice of the armed forces during the war would remain engrave in every Indians memory.

On his 66th birthday , PM Modi flew down to Gandhinagar to meet his mother Heeraba to seek her blessings. Later, he went to Navsari where he attended a function where aid was distributed to the differently-abled persons. About 989 lamps were lit simultaneously in Navsari making it a rare feat.

PM Modi, on his 67th birthday, dedicated the mega Sardar Sarovar Dam project to the nation.

He also said that the dam would become a symbol of the country growing prowess and boost growth in the region. “Today, after the inauguration of the Narmada dam, the soul of Sardar Patel must be jubilant, blessing us all. He had pre-visualized the dam 75 years ago, even before independence. Imagine the great vision of the man who could dream so big for the sake of farmers,” he said.

The prime minister spent his 68th birthday at his parliamentary constituency Varanasi with school children. He later offered prayers at the Kashi Vishwanath temple in Varanasi. 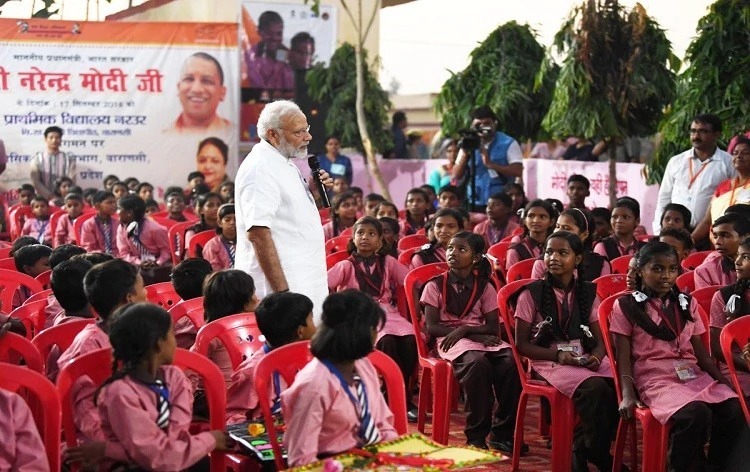 He visited a primary school and celebrated his birthday with students. PM Modi also brought some gifts for the students. The students were provided with a solar lamp, stationary, school bags and notebooks. 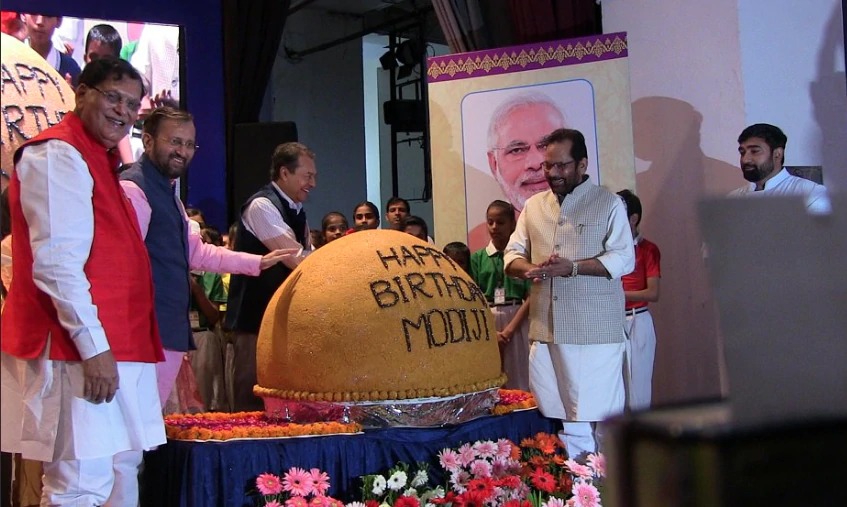 PM Modi will kickstart his 69th birthday by celebrating the water level in the Sardar Sarovar Dam at Kevadiya in Narmada district reaching its highest capacity at 138.68 metres for the first time since its height was raised in 2017.

Reached Kevadia a short while ago.

Have a look at the majestic ‘Statue of Unity’, India’s tribute to the great Sardar Patel. pic.twitter.com/B8ciNFr4p7

The BJP will observe a ‘Seva Saptah’ (service week) from September 14 to 20 for Prime Minister Narendra Modi’s birthday on September 17.

At Kevadia there is a unique Cactus Garden, which PM @narendramodi is visiting.

Don’t miss the Sardar Sarovar Dam in the background! pic.twitter.com/rmi8IIFCPy

Several exhibitions will also be showcased that will show the social work done by PM Modi. These exhibitions will be organized in every district by BJP cadres to display the feat of the Central government under PM Modi’s leadership.

At Kevadia, the focus is to further improve the local environment and enhance tourist facilities.

The seva saptah kicked off with BJP President Amit Shah along with working president JP Nadda, Vijay Goel and Vijender Gupta sweeping the floors at AIIMS in New Delhi.

Meanwhile, a bike rally to spread PM Modi’s social messages was flagged off from New Delhi for his birthplace Vadnagar in Gujarat, by BJP MP Vijay Goel on Sunday.

Do visit the Ekta Nursery next time you’re in Kevadia. pic.twitter.com/XySd58pZLb

The rally led by ace biker Raj Luxmi will cover a distance of 1,200 Km crossing through four states to reach Vadnagar on September 20.

Prayers to Maa Narmada, for the peace and prosperity of our nation! pic.twitter.com/9cuHpUf2Rv

Atul Bakery in Surat has also announced that it will be making a 700-ft cake which weighs 7,000 kg to mark PM Modi’s 69th birthday. 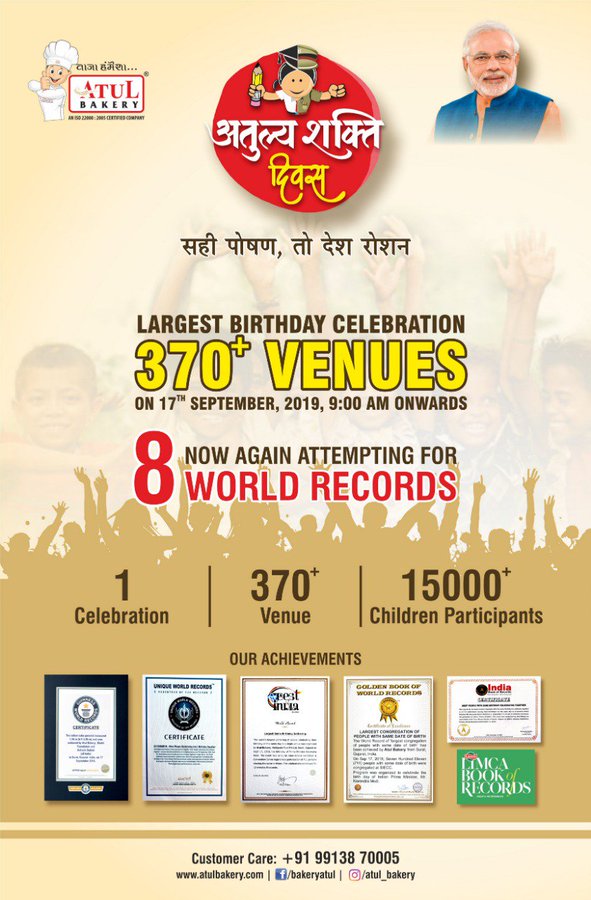 The cake will be cut by 700 ‘honest’ people from Surat, as claimed by the baker.