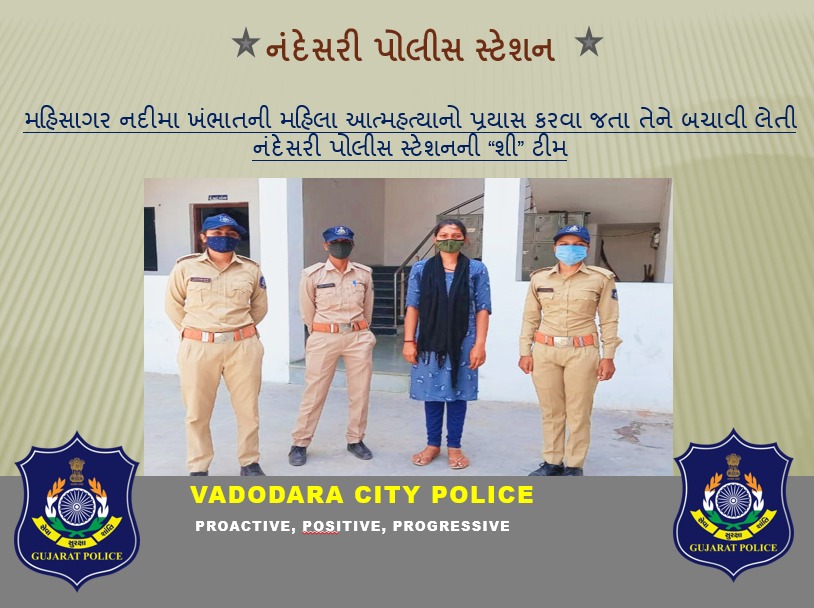 Nandesari She team saved a woman from Khambhat tried to commit suicide at Mahisagar river.

She Team, headed by the Commissioner of Police, Vadodara City, is committed towards safety and security of women, children and the elderly. The team based at every police station adopts a humanitarian approach and is constantly ready to help the citizens.

The team received the information about one female from Khambhat was heading to Mahisagar river at Fajalpur to commit suicide. The team reached to her and saved her from taking the extreme step.

Nandesari She team then called her in laws and parents and after counseling handover the woman to them.