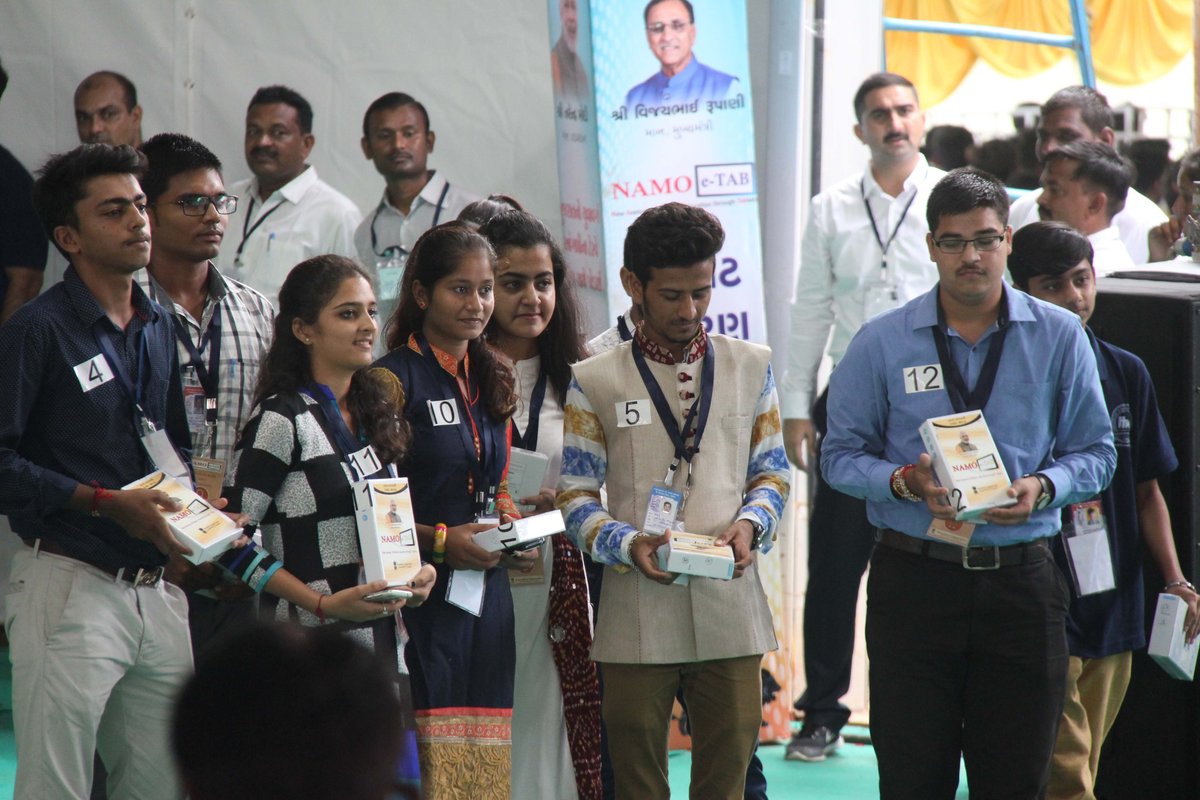 Gujarat CM Vijay Rupani attends the Youth convention at Polo ground in Vadodara and distribute Namo e tabs to the college students. He said the government fulfills their promise that they declared in the budget. He also said that the government wants to make the students of Gujarat technological advance and for that they are going to spend 30 crores on e campus scheme where the students can enjoy the digital freedom. 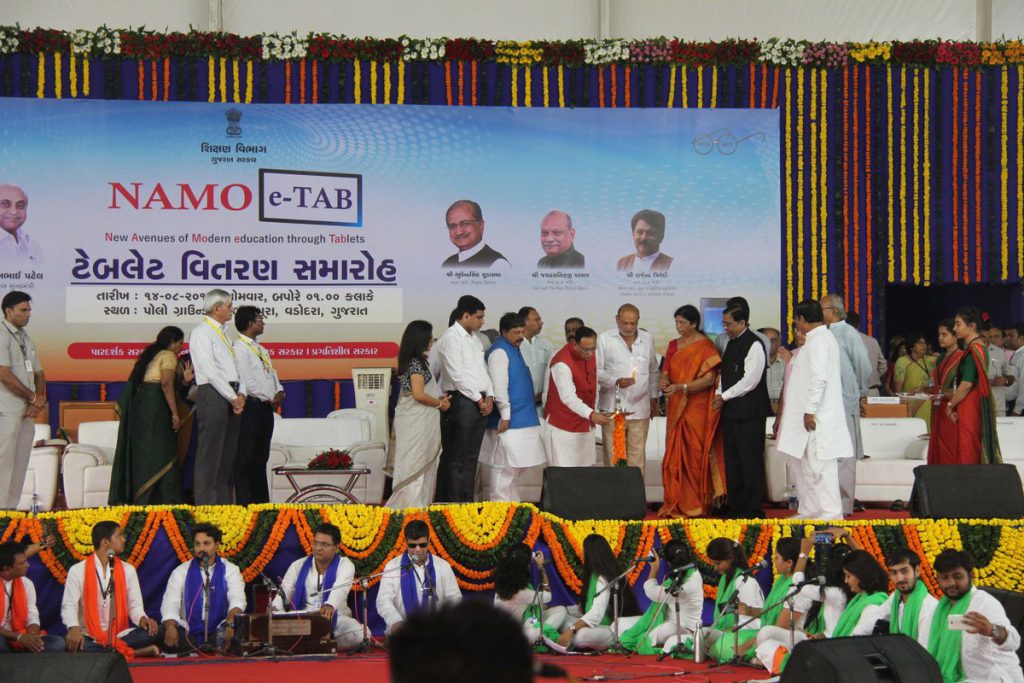 With his marathon spree of programmes the CM Vijay Rupani reached Polo ground in Vadodara after attending the women convention at Savli. The CM waves the students anxiously waiting for his arrival and thanked him for their patience. Later he distribute tablets to the students and said that the idea is to make them part of the digital revolution.

He said it's privilege to be here in Vadodara to celebrate the 71st Independence Day where we remember our freedom fighters who sacrifice their lives for nation and gives us the freedom. 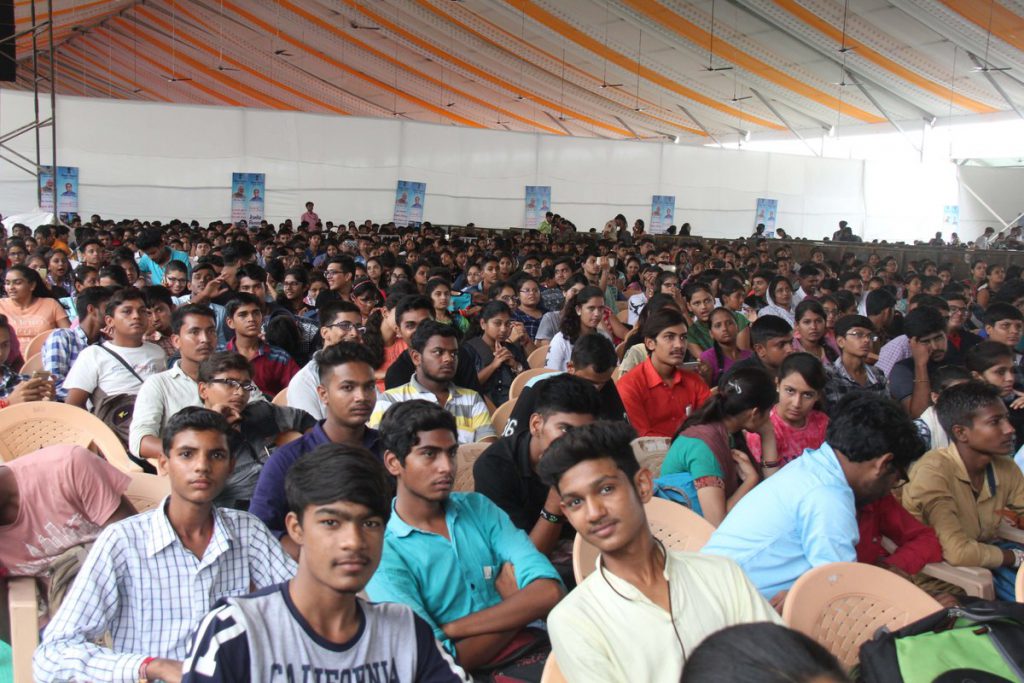 "Azaadi means Swarajya but when it comes to Surajya or good governance the people's expectations are high. We are lucky enough to have sucb a Prime Minister who is working for the good governance and taking the country to new heights," said Rupani. 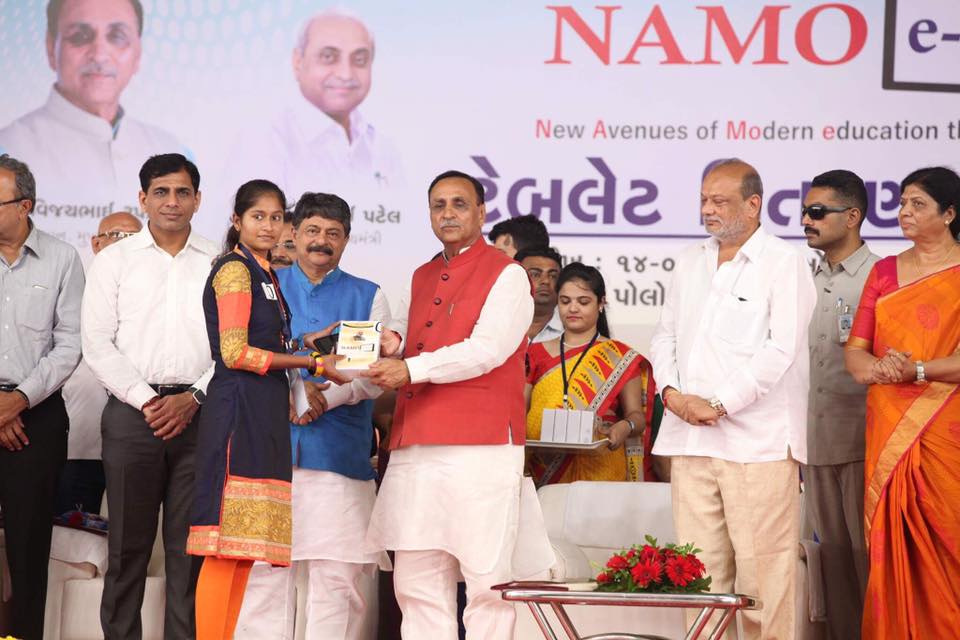 He also added that they give the power in the hand of students specially the middle and poor family students which can help increase their knowledge and they make their names in the field of education. Tablets can give the world knowledge to them and join the digital world. The government wants the youth to join the digital revolution and be part of changing India. 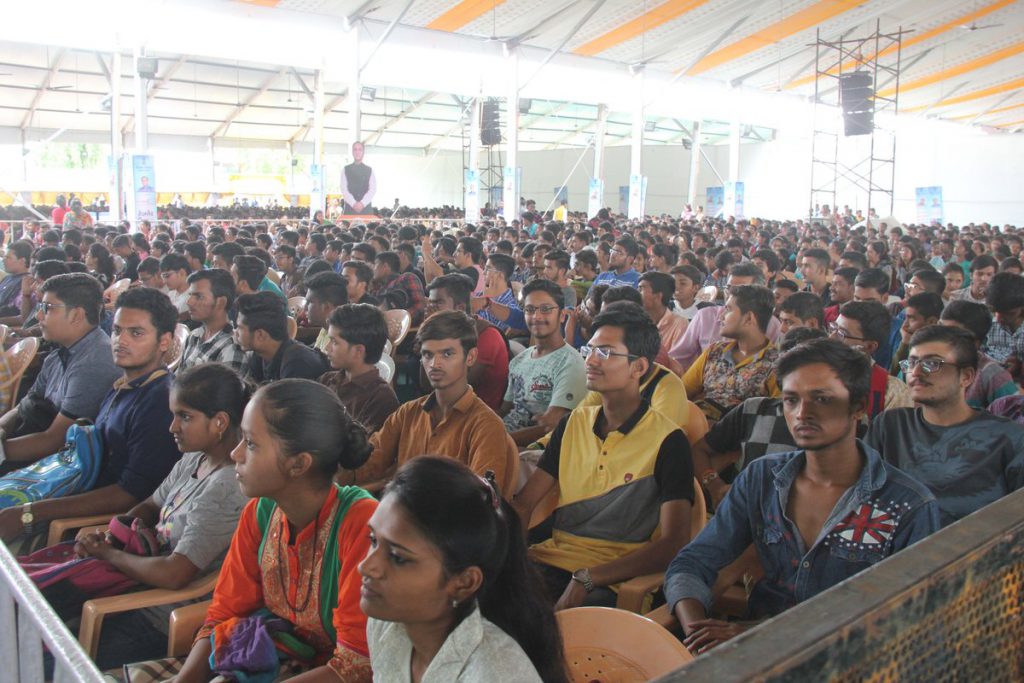 Speaking on the occasion he also announced 30 crores for developing wifi free colleges and digital platforms inside the universities.

"We wants to make every college be digitally strong and for that we will going to spend by the government to make the wifi free colleges. The government also will develop digital classes, e learning, e libraries for the students to give them digital freedom," said Rupani.

Giving a challenge to the terrorists he said the government is lead by a 56inches Chest Prime Minister Narendra Modi who wants to work with zero tolerance. The government is ready to answer the Goli with Gola and stone with stone. The Indian Army can do the surgical strike and 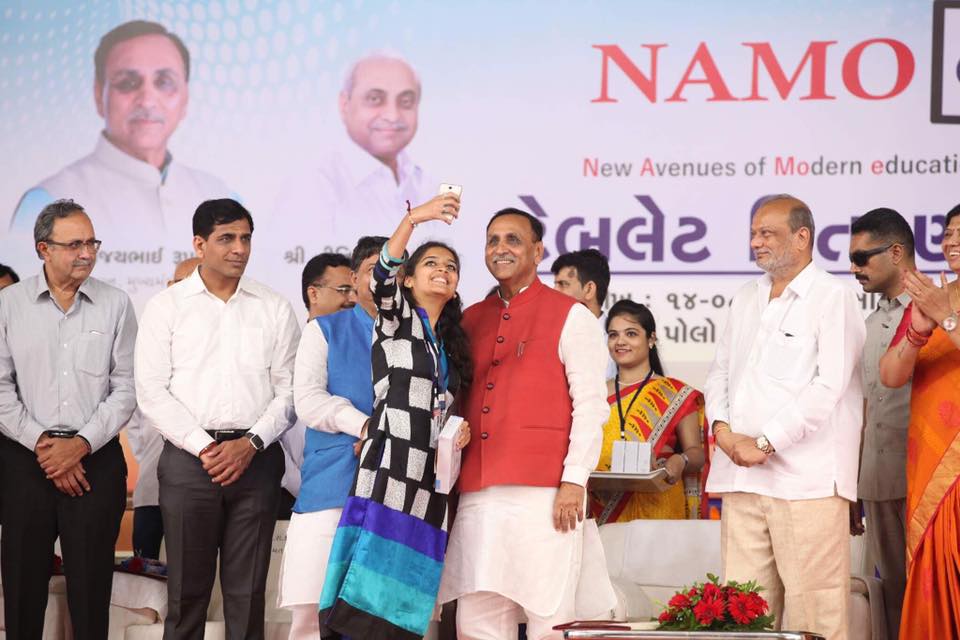 Demonetisation to stop the black money market is examples of such governance.

He said the government work for youth, women, Dalits and specially the youth.