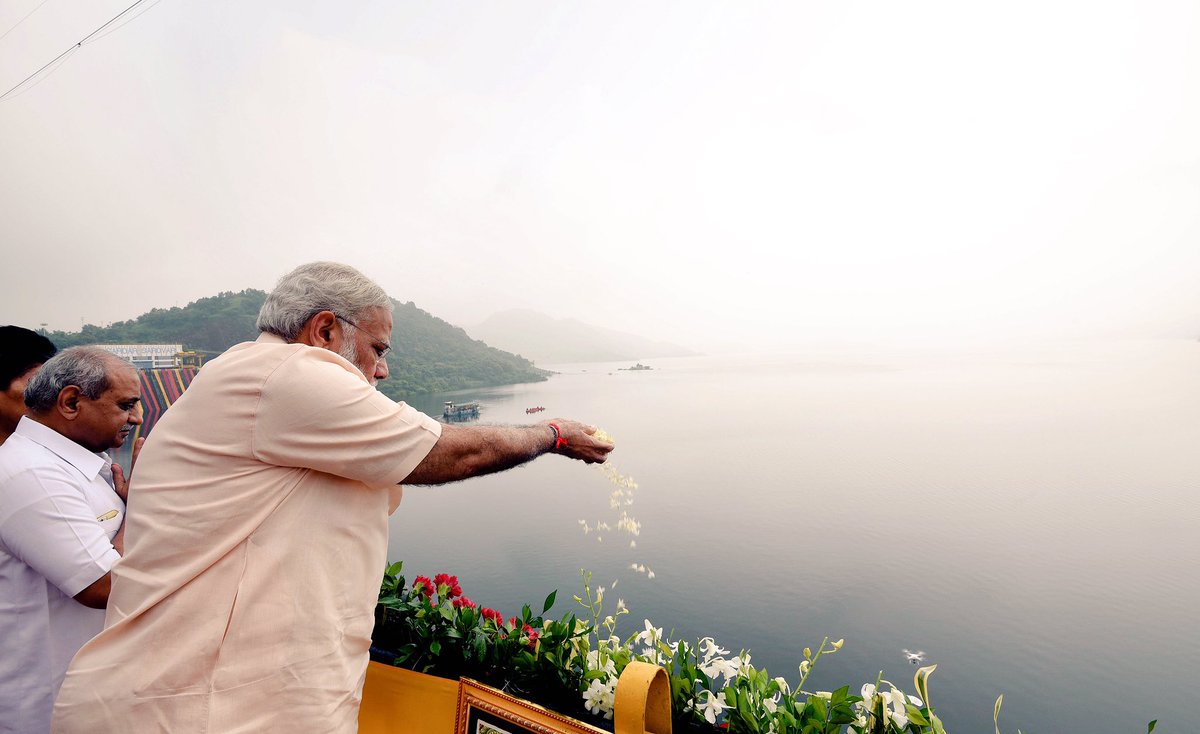 Today on the occasion of PM Narendra Modi’s Birthday, he celebrated his birthday at Gujarat with big inauguration events. Starting his day he took the blessing from his Mother at Gandhinagar and then came to Kevadia to Dedicate Sardar Sarovar Dam to the Nation. Then he inspect the construction of Statue of Unity.

From there he reached Dabhoi to adress the gathering there. On his arrival he greet the people and thanked him for being so patient. After lay foundation stone for National Tribal Freedom Fighters' Museum, Prime Minister Narendra Modi he said it's a respect to the fighters who sacrificed their lives for the freedom. He also released the book titled "Keeping Promises".

He Start his speech in his own signature phrase “Bharat Mata ki Jay” and continue. He said No big day like this when on the ocassion Vishwakarma Jayanti he had the previlige to dedicate Narmada Dam to Maa Bharti. It will start a new chapter in the history of Gujarat and also a step towards New India.

He remembered Sardar Patel and Baba Saheb Ambedkar and said, The soul of Sardar Patel showers blessing on them today after the completion of Sardar Sarovar Dam. He said the Two greats if live long then the dam might built in 70's and 80's. One is Sardar Vallabhbhai Patel and second was Dr. Babasaheb Ambedakar.

PM Modi discussed about problem that has to faced by this project, As the dam project is the symbol of new strength of India. The project suffers a lot like no other in the country, The country has the power to answer any challenge from the world.

PM Modi also said that, He don't like little things and not dream small, Hence to decide for the Sardar statue and he decide to make it the highest even from the statue of liberty in America. “Mujhe Chota Kam Jamta hi nahi hai, Na me chota sochta hu na chote sapne dekhta hu”.

And at last he gives his condolences to late Arjan Singh. He Said we lost such soldier and the country will remember his discipline his sacrifice and dedication to the nation, youth will take inspiration from him.