Mysterious places in the world that will blow your mind 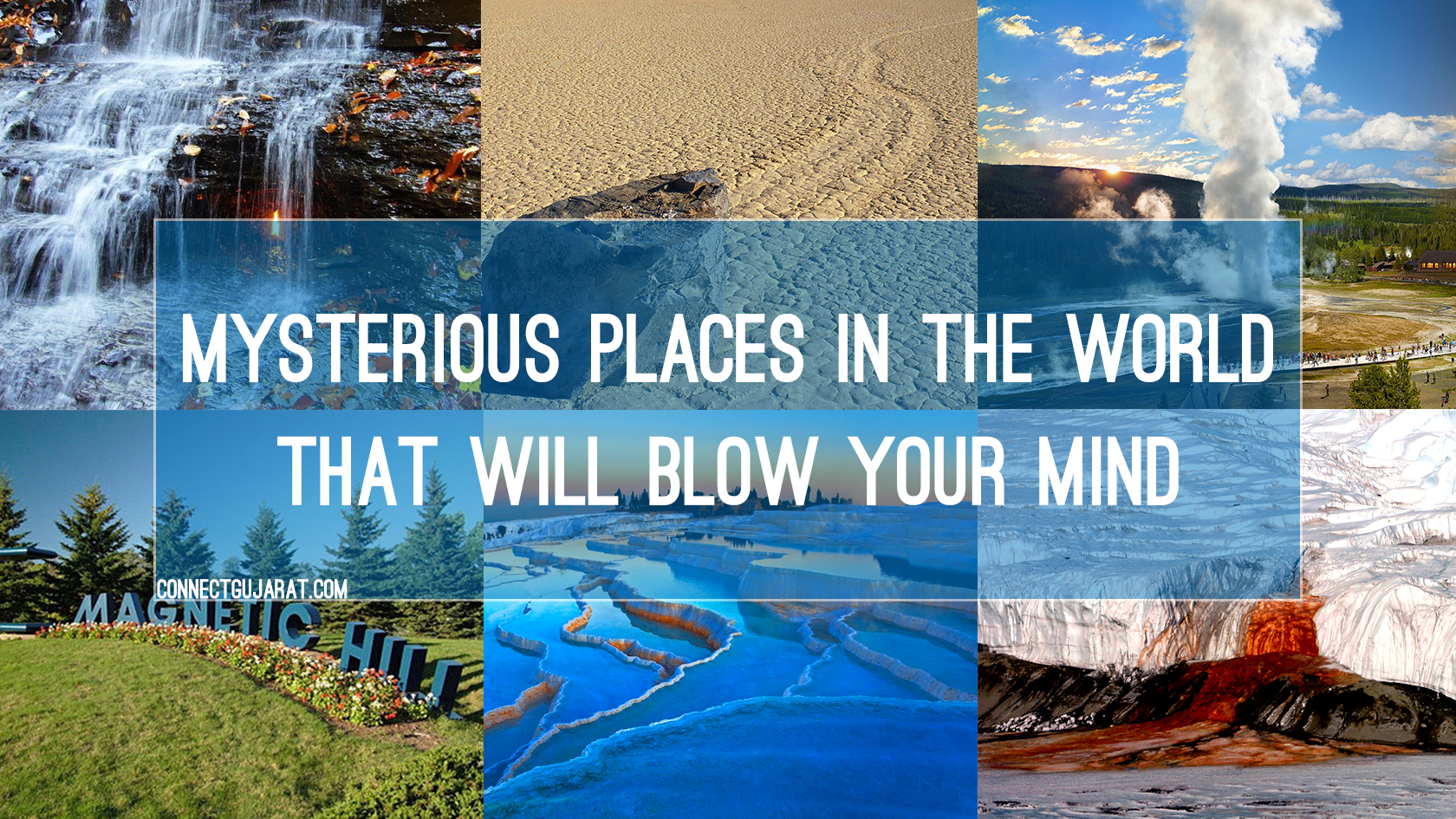 Planet earth is a mysterious place, no matter how confident we seem about knowing every nook and corner, the Earth never fails to surprise us. From its very existence and coming into being to the present world, planet Earth has seen a lot of mysteries unfold. The mysteries which could not unfold took solace at places that are either unexplored by man or are explored but still an untouched mystery.

Listed below are top 7 mysterious places around the world.

It looks like a scene from a Hollywood movie where the water is falling from the hills are fierce with a cinematic flow,and there is a fire burning inside it. If you are to visit the Shale Creek Preserve section of Chestnut Ridge Park in suburban Buffalo in New York, you will be baffled by the optical illusion it provides. There is a flickering golden flame among the waterfall.

Have you ever seen a rock moving? By which we mean rock is displacing itself from one place to another. Well, that is the case of rocks mysteriously moving or sailing on the surface of Racetrack Playa in Death Valley National Park. It remains a mystery to all and people have been trying to solve it since 1915.

The Old Faithful geyser at Yellowstone is the main reason why it was declared as a National Park. The eruptions are spectacular and appear at every hour to a two-hour interval.

When we put our videos on rewind that is when there is a possibility of seeing a vehicle being dragged uphill turned over. Well, at the Magnetic Hill at New Brunswick this is a possibility. No one knows the riddle behind it,but it is seen that automobiles roll uphill, backward, without any external power.

The snowy landscape as perceived by all is nothing but calcium carbonate that has been accumulating for over thousands of years from seventeen natural hot springs. The mineral-rich water sometimes reaches high temperatures like up to 100 degrees Fahrenheit.

The island named Surtsey in Island did not exist until 1963. One fine day it mysteriously appeared on the satellite radar. No one knows how it came into existence and is still a mystery left unsolved.

The Taylor Glacier at Antarctica has a splendid view,but there is something which leaves everyone awestruck, the Blood Fall. A red waterfall among the white snow makes it a wonderful sight to look at. Recent researchers have concluded that microorganisms are living 1300 ft beneath the ice manifested by iron and sulfur.

The above mentioned places are a wonder to visit as it keeps a person wondering about the mystery behind it. But since it is unsolved, it gets the importance of being important and mysterious.