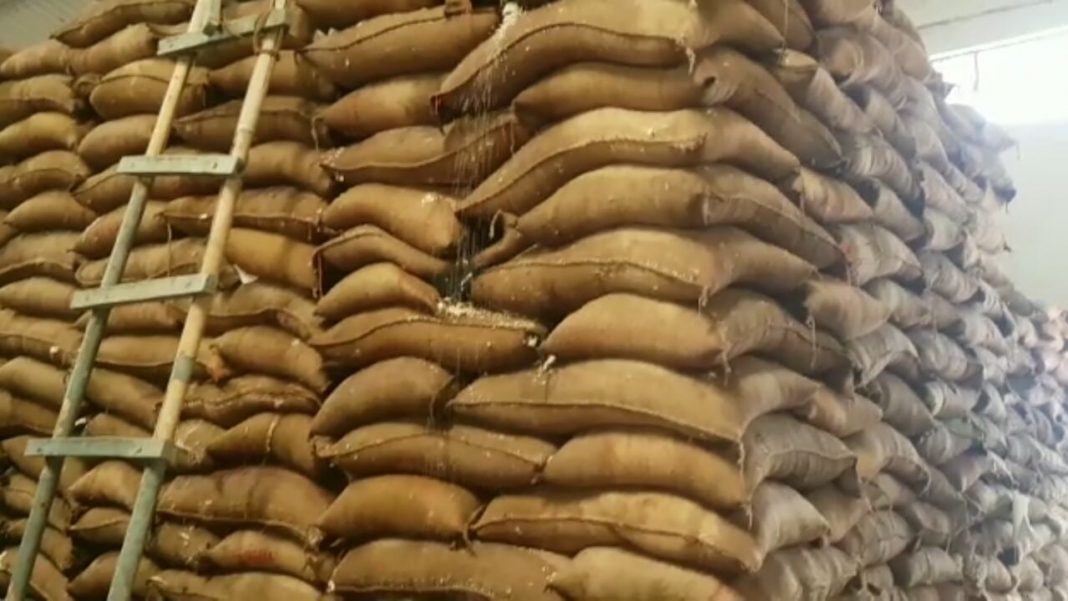 A mysterious fire inside the government warehouse in Channi area took everyone by surprise early morning on Wednesday. Around 2600 sacks were destroyed in the fire which was controlled by the fire brigade after continuous flow of water.

As per the details the government weirhouse is used to stock wheat, rice and other grains in huge quantity. Presently the godown was having 2600 sacks of rice weighed around 50kg per sack. On Wednesday morning the warehouse suddenly caught fire in mysterious circumstances resulting in loss of 2600 sacks before the fire brigade control the fire after continuous flow of water.

As per the sources the sacks inside A 4 shed was engulfed in the fire and further due to water used to douse the flames. The other sheds were saved after the fire brigade control the fire in time.

The exact cause of fire was not immediately known and many questions raised against the fire safety measures inside the government weirhouse.

Recently government weirhouse in Rajkot saw similar incident and now in Vadodara the fire destroyed the sacks used to stock grains. A deep investigation in the matter will further elaborate the exact cause of fire.