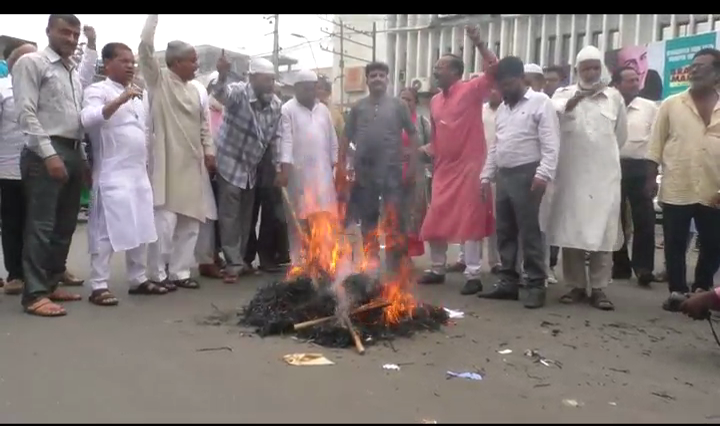 Muslims from Vadodara city on Thursday burns the effigy of terrorism at Mandvi area and protested against the terror attack on Amarnath pilgrims on Monday night. The Muslim leaders and members shouted slogans and demanded to stop such acts which is a direct attack on humanity. 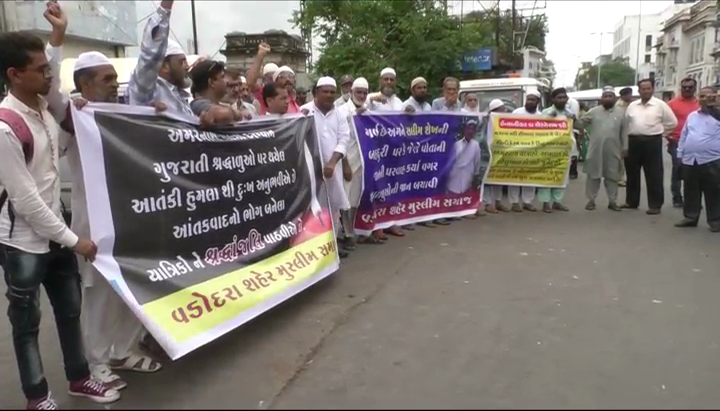 The cowardly attack on Amarnath pilgrims on Monday night resulting in death of seven pilgrims and injuring many receives a protest from all across India. The Muslims in Vadodara also protest against such acts and on Thursday burns the effigy of terrorism at Mandvi area. 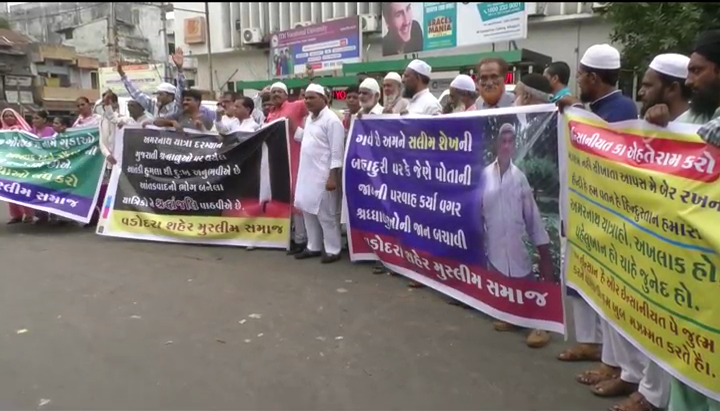 They condemn the cowardly act and demand for a inquiry into the matter as how the terrorists attacked the bus inspite of such a heavy security at the place. They also appreciate the act of bravery of the bus driver Salim whose presence of mind saved many lives on that illfated day.