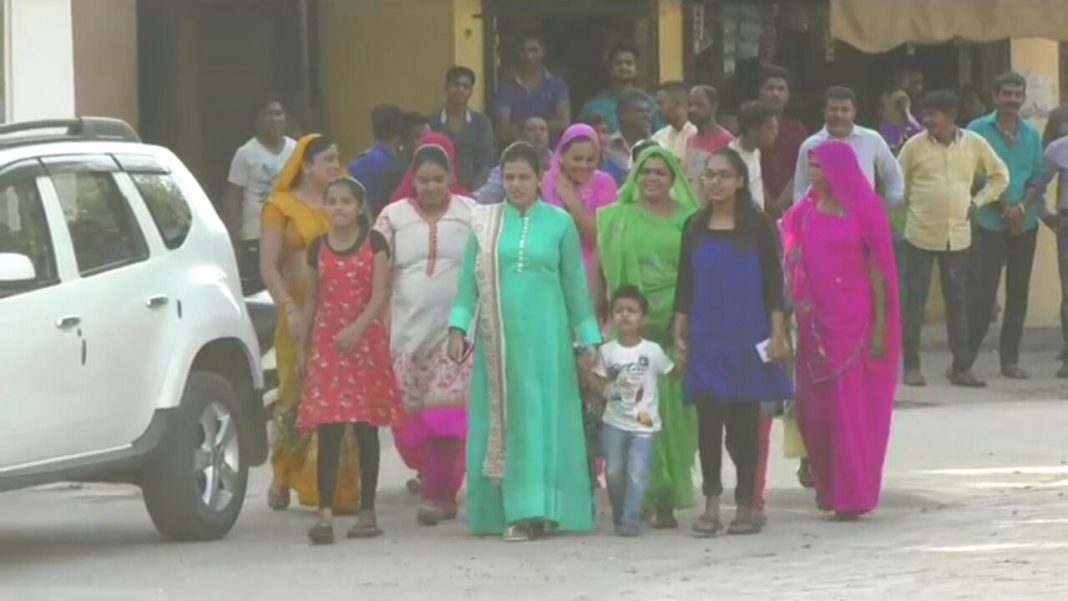 For the last many years a small village in Vadodara Taluka is spreading the example of unity and brotherhood among all. Diwalipura village is the model example to follow as for the last many years the villagers chose their sarpanch barring of cast and this time also they chose a Muslim young Sarpanch to look after their issues. The uniqueness of the village is that majority of the residents are Hindus but they chose Muslim Sarpanch for years.

Nilofer Patel 30 became sarpanch of Diwalipura village and carry forward her in laws family legacy. Her father in law and mother in law was earlier the sarpanch of the village and now she will lead the all women team of gram panchayat. Nilofer completed her schooling from Vidyani school under Navrachana and then done B.Sc and MLT (Medical Lab Technician) from Anand. She is excited to lead and address the demands of the villagers.

“It’s a big responsibility on my shoulders as i was elected as sarpanch for the first time. Being a housewife, mother and now a sarpanch the roles are diverse but its a challenge for me to manage everything. Our village is special as the people here lives with unity and attends every function barring any caste and creed. This time also they chose a Muslim woman leader in me and I will try my best to address and fulfill their issues,” said Nilofer Patel.

Nilofer said that the village need many things and she will try her best to fulfil all in her term. “After I was elected as sarpanch its a very big responsibility as I have to manage my house and my office without disturbing anything. The main issues are road, drainage, water and specially education in the village. There is only class upto 8th standard here but I will try to extend it to 12th so that the children can get the education here. My focus is on girls education and I will use my education background to full use in the village,” said Nilofer Patel.

Diwalipura village has the majority of people as Hindus and only 16 Muslim houses there inside. However for the last many years they chose their sarpanch as Muslim and specially woman who can listen to them. “I was the previous sarpanch and this time we chose Nilofer Patel as our leader. We all live together and eat together in one plate and in our village there is nothing like religion, caste and creed. Nilofer is highly educated and we are hopeful she can fulfil our demands like road, drainage, water and specially education,” said Sheela Patanwadia previous sarpanch Diwalipura village.

The village panchayat is managed by only women team and to choose Nilofer Patel is part of it. “We as women have many issues and sometimes we hesitate to say in front of male sarpanch or members. However this time the sarpanch is young and educated and also a woman with whom we can share our problems more freely,” said another woman from the village.