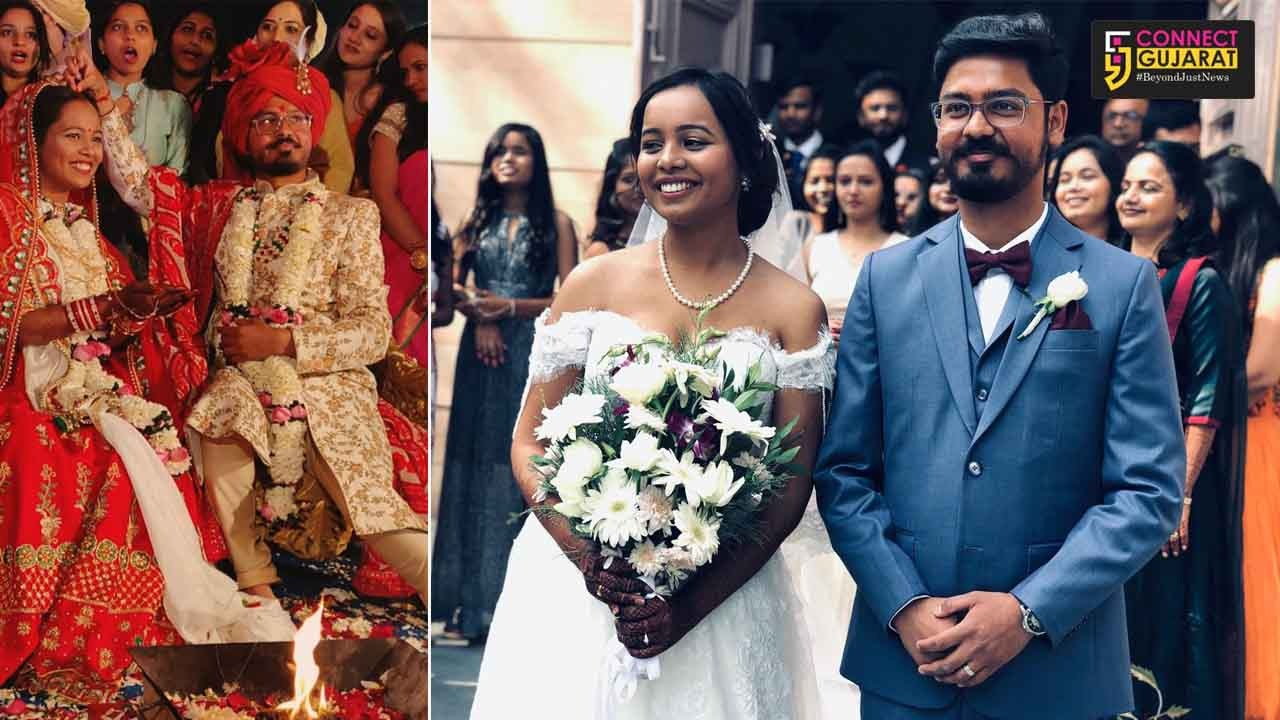 Friends cherish the moment in reunion after years.

Love has no boundaries and when two persons feel the same for each other then it's above all the restrictions of religion and society. Such a incident happened in Vadodara where two lovers from different religion get married and their friend from third religion signed as witness on the register.

When the whole world is Still struggling to be unite in their view the incident in Vadodara is a perfect example of unity above all. The ocassion was marriage of their batchmates where around 25 odd friends gathered at the venue to witness the marriage of Hindu boy with Christian girl. But the ocassion turned out to be the lifetime moment for them as their Muslim friend became the witness of the marriage.

One of the friend Priyanka Mistry captured the beautiful moments and shared it with all. "Rinkal Victor and Jubin Sukhadia both are in love for many years and finally decided to get married as per their traditions with the blessings of their parents. Jubin the Hindu boy works in Canada and Rinkal the Christian girl works in US and both turned up in Vadodara to get married, " said Priyanka.

The ocassion was perfect as all the batchmates gathered at the marriage of their friends just like a reunion after years. But little did they know that the moment becomes a reunion of different religions at one spot. The couple also send invites to their dear ones with #pherasandvows.

"We are the first batch of Vadodara Institute of Engineering at Kotambi and passed out in 2013. After so many years we met at the function and never thought to be witnessing a moment of lifetime. On 7th their wedding was performed in Hindu rituals and on 8th both get married in Christian style with the blessings of their parents. One need a witness in the Christian wedding and our friend Mohammadfaeeq Warakhwala signed there in the register which becomes a moment to cherish for us," said Priyanka.

All the friends later clicked the group photo and shared the experience with their loved ones.