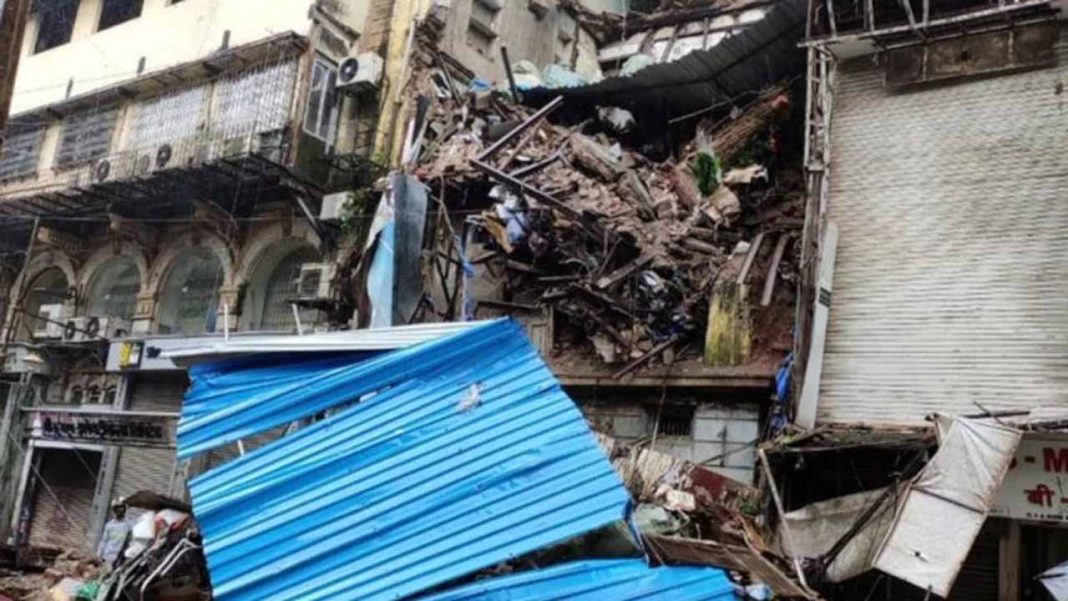 Portion of a four-storied building collapsed at Lokmanya Tilak Road in Mumbai.At least seven Mumbai fire brigade vehicles including ambulance and rescue vehicles were rushed to the spot. No news of any injury has been reported yet. More details are awaited. 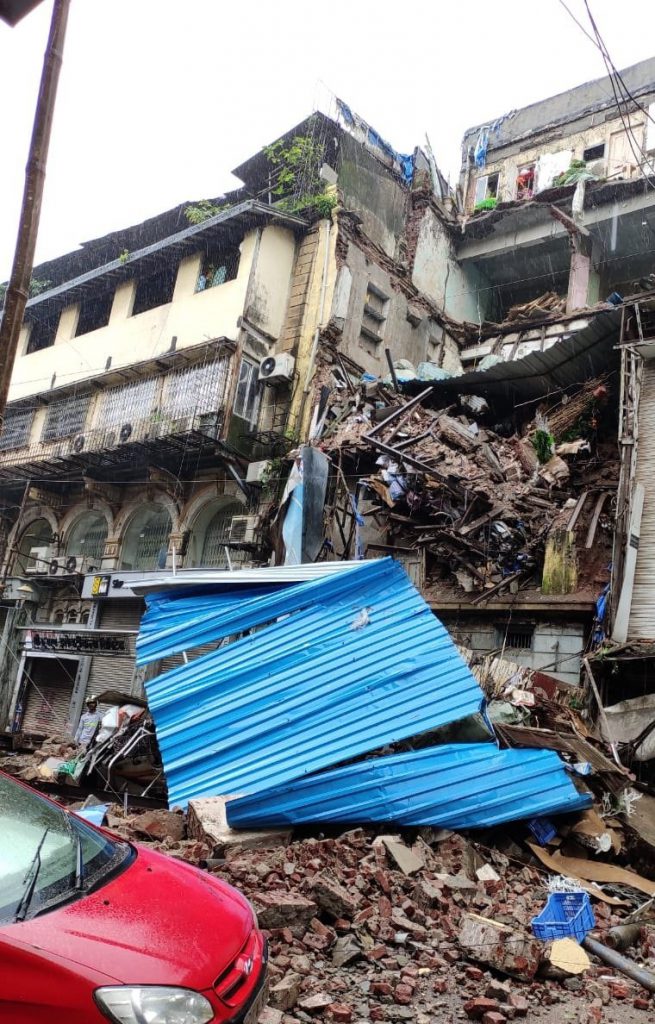 According to reports, the building collapsed at 10:45 am because of heavy rainfall in the area. Brihanmumbai Municipal Corporation (BMC) PRO confirmed that no person is trapped as the building was already evacuated.

Earlier last week, the rear portion of a four-storey building near Crawford Market collapsed trapping over a dozen people inside it. The building, opposite the Mumbai police’s headquarters, had many shops on the ground floor while its upper floors have hotels and houses.

While speaking to media, fire brigade chief PS Rahangadale said, “We rescued 17 people; 13 were from the third floor and two from the second floor. Two others, including an 80-year-old woman, were rescued from the annex.”