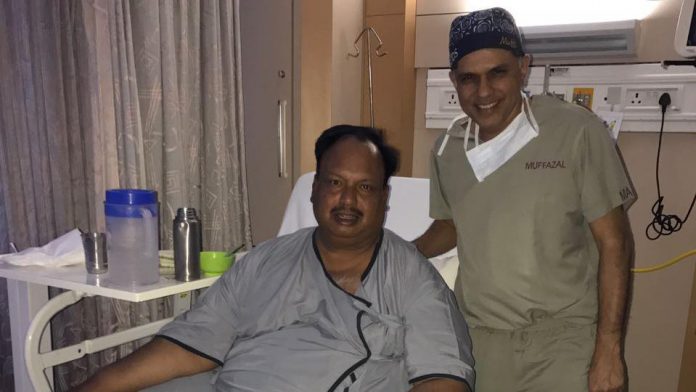 The Madhya Pradesh policeman after he was “fat-shamed” by Shobhaa De on Twitter, today underwent a gastric bypass surgery here.Dr Muffazal Lakdawala of Saifee Hospital and his team performed the surgery on Daulatram Jogawat, who weight around 180 kg.

Mumbai Police promptly pointed out that he was an inspector with the Madhya Pradesh Police.After these tweets went viral, Dr Lakdawala offered to help Jogawat.

Zoya Suterwala of Saifi Hospital said that his condition will be reviewed by Dr Lakdawala tomorrow and he may be discharged in the next couple of days.

Gastric bypass surgery is aimed at reducing the volume of the stomach to curb the food intake.

Before the surgery, Jogawat said I am thankful to my senior officers and media for this and one wrong tweet had changed his life.