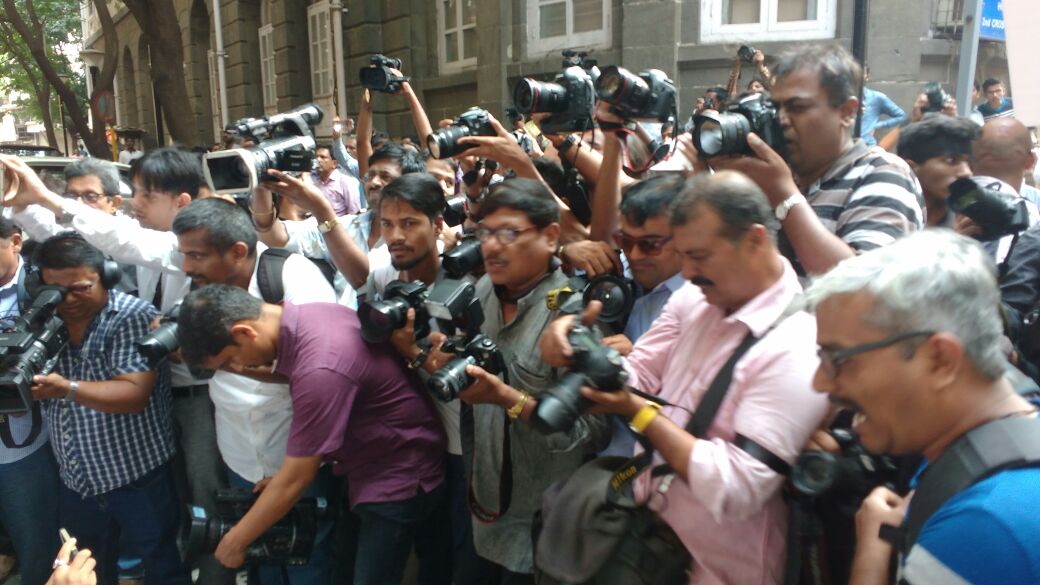 After some the photojournalists were assaulted by Tata Sons' security guards on last Friday, the Mumbai based journalist including photo and video today on Tuesday take out a huge rally protesting the incident.

Mumbai Press Club along with other organisations including Bombay News Photographers Association, Mumbai Marathi Patrakar Sangh, TV Journalists Association and BUJ have taken out a massive protest march today from Mumbai Press Club to Bombay House after the Tata Sons fails to remove TOPS guards from Tata Group of companies by Monday. More agitations will continue in the coming days if our demand is not met," the press club's official media release read. While trying to click pictures of the company’s recently sacked CEO, Cyrus Mistry few of the journalists were beaten up by the Tata security staff at the of Bombay House, the headquarters of the Tata Group.

Mistry was present at the Bombay House to chair a board meeting of Tata group firm, Indian Hotels Company Ltd (IGHCL), when the photographers rushed to get his pictures. The photographers, reportedly went beyond the cordoned area, and were later beaten up by the guards.

According to the Mumbai Press Club's media release, Atul Kamble, a photo-journalist from Mid-Day was pinned down by four-five security guards, and assaulted. Apart from Atul, two other photo-journalists — Shantha Kumar from The Times of India and Arijit Sen from Hindustan Times — were also injured and are undergoing treatment in a hospital. The camera and other equipment of many photographers was badly damaged or broken by the security personnel. According to a Tata group spokesperson, some members of the security staff too suffered injuries in the scuffle. Cameras belonging to the photojournalists of Mid-Day and Hindustan Times were also damaged.

Following this, Tata Sons also gave out a formal apology to journalists stating, "We deeply regret about the incident during the entry of certain board directors today & apologize to press & their families," according to the sources.

The Mumbai Press Club had condemned the attack on the lens men. “The Mumbai Press Club does not expect a corporate house like Tatas to indulge in violent practices against media persons, and demands explanation from the corporate authorities who allowed security personnel to take this extreme step,” the Press Club said in its official statement.

Following the incident and its poor response from the company issue may be raised in Gujarat also said representative of Bharuch press club based in Gujarat.