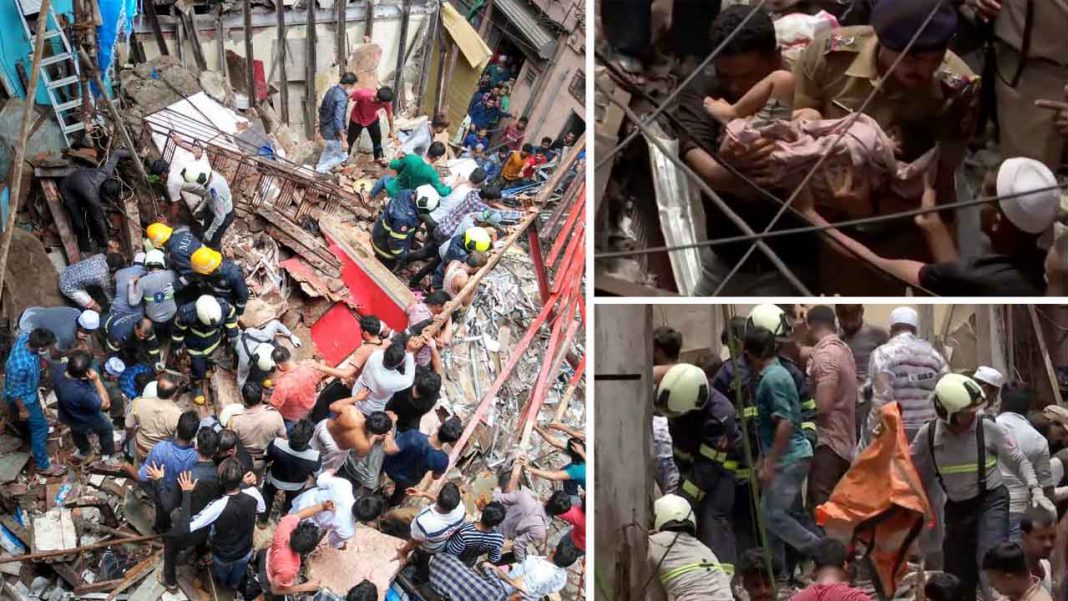 Five died, 8 people have been injured in the incident and over 40 to 50 people were feared trapped after a 100-year-old four-storey building collapsed in south Mumbai’s crowded Dongri neighbour hood around 11:40 am today.Seven have been rescued.

Three large teams of the National Disaster Response Force (NDRF) are at the site, looking for survivors. The area, full of dilapidated buildings on narrow lanes, was also flooded in heavy rain in the past weeks.

Ten ambulances and fire trucks have arrived and are parked some distance away from the building as the lanes are too narrow for them to enter.

The authorities said this was a “level 2” incident – while level 1 is the most serious under the system that measures the severity of a building collapse.

Crowds thronged about the narrow lanes – where it would be extremely difficult for heavy machines to reach – and formed a human chain to pass down with their bare hands small debris like wooden blocks and bricks towards the outer area of the neighbourhood.

“The building was 100 years old. We have given permission to redevelop that area… We will know after investigation if the redevelopment initiative was delayed. Right now we are focusing on rescuing trapped people,” Maharashtra Chief Minister Devendra Fadnavis told reporters.

Building safety is a major issue in Mumbai, one of the world’s most crowded cities next to Dhaka in Bangladesh, according to the World Economic Forum.