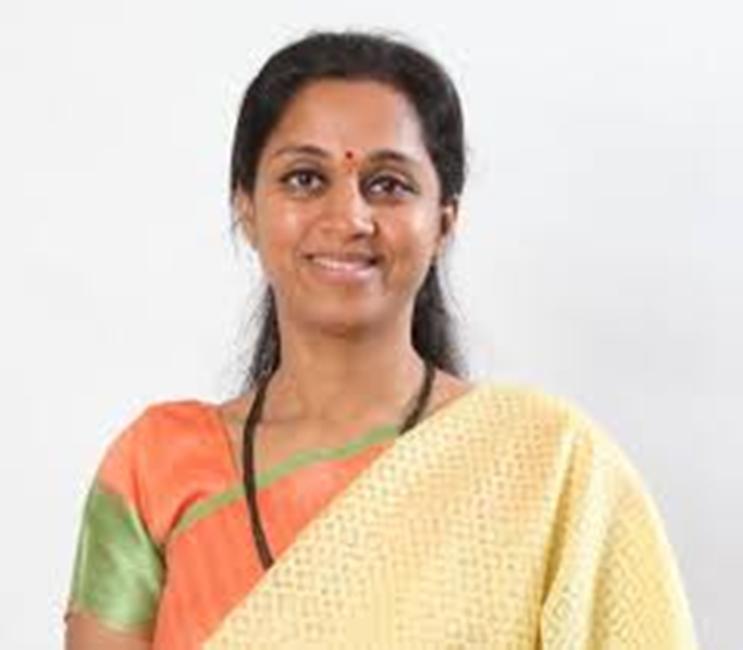 A cab driver was arrested after the Nationalist Congress Party MP Supriya Sule reported harassment charges against him for endorsing cab service at the Dadar railway terminus in Mumbai.

Supriya Sule on Thursday tweeted on her official Twitter handle which said, “Witnessed a strange experience at Dadar Station. A man by the name of Kuljit Singh Malhotra entered the train and was promoting for Taxi service.”

She added  that the cab driver entered her railway compartment and blocked her path despite she refused.

Post the incidence and on complaining to the rail authorities at Dadar Station & the police,the said tout has been apprehended & fined, as per a message from the RPF police officers.Thank you, RPF for ur prompt action.Inconvenience should not be caused for ANY rail passenger.3/3

“Despite a refusal twice he blocked my path, harassed me and shamelessly even posed for the photo”she said.

After complaining in this regard with the Indian Railway police, the daughter of NCP chief Sharad Pawar further tagged the Railway Ministry of India in her Twitter account and requested the authorities concerned to look into the matter so that passengers don’t experience such incidents further.

.@RailMinIndia – Kindly Look into the matter so that passengers don't have to experience such incidents again. If touting is permitted under the law, then it cannot and should not be permitted within train stations or airports, and only at DESIGNATED taxi stand.(2/3)

Taking the complaint into consideration, the Railway Protection Force informed the Baramati MP that the man has been caught in the case with a fine on him.

Sule’s tweet had clearly stated: “If touting is permitted under the law, then it cannot and should not be permitted within train stations or airports, and only at DESIGNATED taxi stand.”