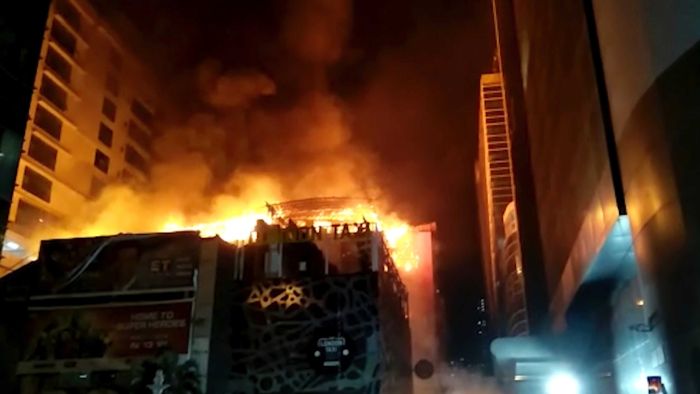 As per our sources two managers of a pub have been arrested in connection with the inferno at the Kamala Mills Compound here on December 29 which claimed 14 lives and injured another 55.

The two are employees of 1Above, Kevin Bawa, 35 and Lisbon Lopez, 34, who were detained late on Monday for interrogation and then arrested.

They shall be produced before a magistrate on Monday afternoon, said  Mumbai  Police  spokesperson.

According to investigators, Bawa and Lopez allegedly fled from the spot after the fire broke out instead of guiding the panic-stricken patrons to safety or emergency exits, which could have prevented or reduced the number of casualties.

Earlier on Sunday, the police nabbed two relatives of the absconding owners of 1Above pub for allegedly giving shelter to them and preventing their arrest.

Rakesh Sanghvi is the uncle of Kripesh Sanghvi and Jigar Sanghvi, the owner-partners of 1Above pub. The police are on the lookout for other the partner-owners and associates.

Hours after the fire on Friday, the Mumbai Police filed complaints against the owners of The Mojo Bistro and 1Above charging them under various sections of the Indian Penal Code including the stringent Section 304 (culpable homicide not amounting to murder).

According to Additional Police Commissioner (Central) S. Jaykumar, Rakesh Sanghvi and son Aditya live on the 16th floor of the same building in which the wanted Kripesh owns a flat and were arrested for giving him shelter after the fire tragedy.