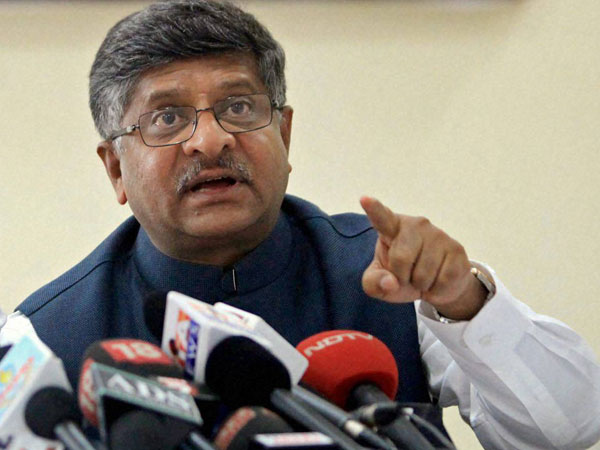 The BJP on Thursday rallied behind Prime Minister Narendra Modi for his “raincoat” remark against his predecessor Manmohan Singh, saying there was nothing wrong in the remark as the Congress too had insulted former premiers.

Slamming the Congress for attacking Modi, senior BJP leader and Union Minister Ravi Shankar Prasad said Manmohan Singh had allowed scams from the “space to beneath the Earth” during his decade-long prime ministership.

“Fun, pun, repartee, sarcasm, hot exchange of words are part of a healthy democracy. Why so much fuss about this,” said Prasad, reacting to Congress creating uproar in Parliament over Modi’s remark.

“What wrong did Modi say? Entire Manmohan Singh regime witnessed a new low of corruption where we had scams in the space — the Antrix-Devas, on air — the 2G spectrum. On land, there was the Commonwealth Games scam, on water there was the submarine scam and beneath the earth — the coal scam,” said Prasad.

“The so-called credibility of Manmohan Singh was abused by the dynasty to promote corruption and rank crony capitalism. Manmohan Singh, are you not accountable for these scams?” he asked.

Ridiculing the Congress for its “dynasty politics”, Prasad questioned the treatment the party meted out to several Prime Ministers, including P.V. Narasimha Rao.

“Had Nararsimha Rao not given him the political power, Manmohan Singh would not have been what he is today. And what did the Congress do to Rao, they did not even allow his dead body to be taken to the Congress headquarters,” said Prasad.

“It’s not just Rao, but former prime ministers from Lal bahadur Shatri to Charan Singh, from V.P. Singh to I.K. Gujaral, the Congress has insulted all of them just because they did not belong from the family,” he said.

“Congress has two categories of leaders, one who belong to the (Gandhi) family and are beyond criticism, can’t commit mistakes and are almost divine. The second category is one who are not party of the family and are to be discarded after being politically utilised by the family,” added Prasad.