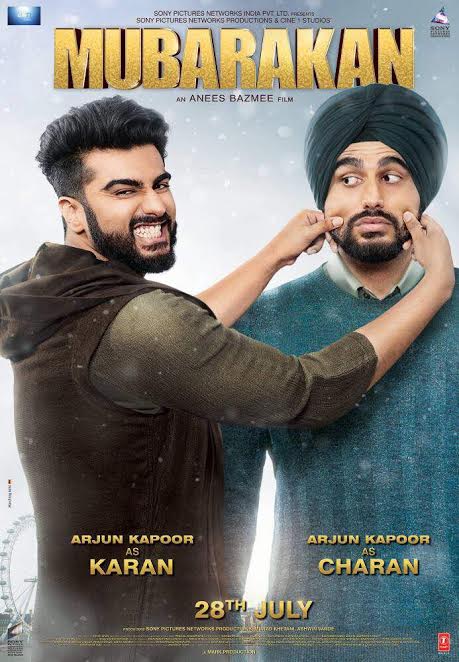 Anees Bazmi’s film ‘Mubaarkan’ gains more expectations before it’s release and all are waiting for this film. The makers of the film decides to release it’s trailer on 14th June 2017.

In extra innings of IPL it was a great experience to see the Chacha Bhatija Anil Kapoor and Arjun Kapoor sharing their views. Now in this film Arjun Kapoor will be in two shades one with turban and other without it. Anil Kapoor will also be seen as one of the turbanator in the film.

Interesting part is that first time Elena and Aathiya will be seen with Arjun Kapoor in this film. After the trailer the thing will be clear that with whom Arjun Kapoor chemistry is clicking.

The film also has some fascinating artists and the makers make this film on a grand way. ‘Mubaarkan’ will surely be a film with different story, artists and entertaining.

The film is produced by Sony Pictures Network Productions and Ashwin Barde and Murad Khetani’s Cine Studios. The film is slated to be release on 28th July all across the world.