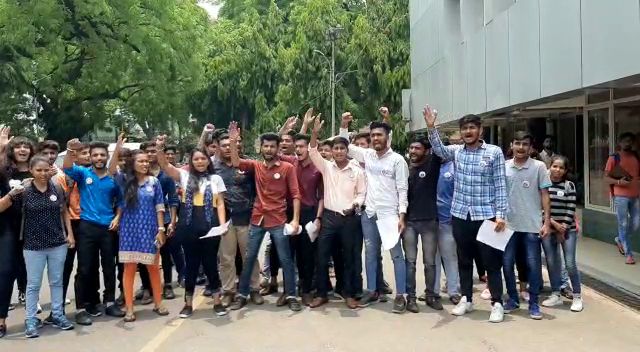 Request to give admission to everyone

MSU students association protests against the decision of not accepting admissions of students with less than 50% marks in their exams. Students approached the registrar at the head office and demanded to give everyone admissions who filled the application forms of Commerce Faculty. 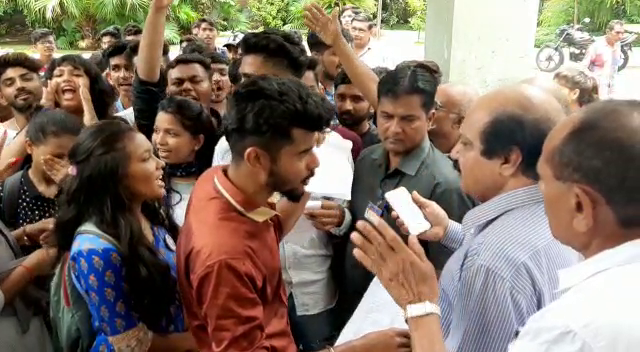 Yash group and JMJ group leaders said that fees of 300 rupees was collected for the admission forms and as the numbers increased the authorities now decided not to give admissions to the students getting 50% marks in their exams. 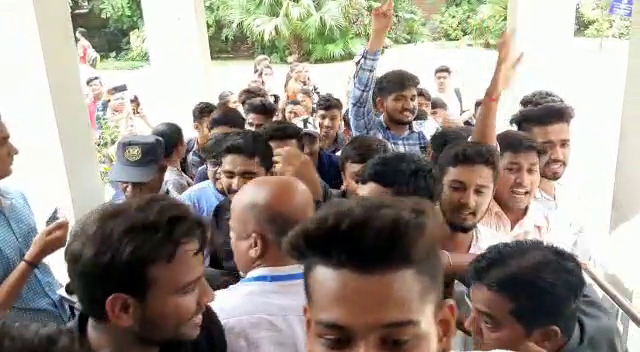 In view of that they protested the decision and approach the registrar with their demands. They requested him to give admissions to everyone who filled the forms and threatened to intensify their agitation if their demands are not resolved at the earliest.