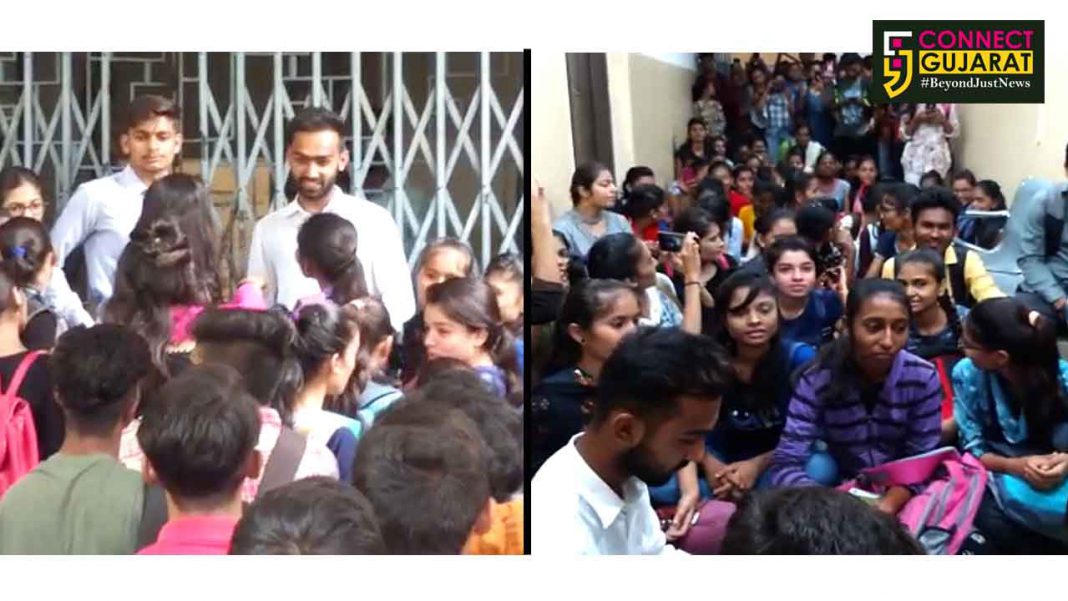 MSU leaders along with students aggressively approached the teachers at Commerce faculty for not allowing the students to study inside the main building of Commerce faculty. They are demanding to allow them to study here and started reciting slogans against the administration after sitting inside the lobby of the faculty premises.

MSU leaders aggressively approached the teachers at Commerce faculty for not allowing the stude...
1 of 6

University incharge registrar N.K. Ojha said the unit and girls college students are coming to study here in main building which is not possible for the administration to accommodate them. The students have to study at their respective faculties where they get the admissions. Secondly they demand of equal distribution of teachers and a meeting is going to be held in this regards.