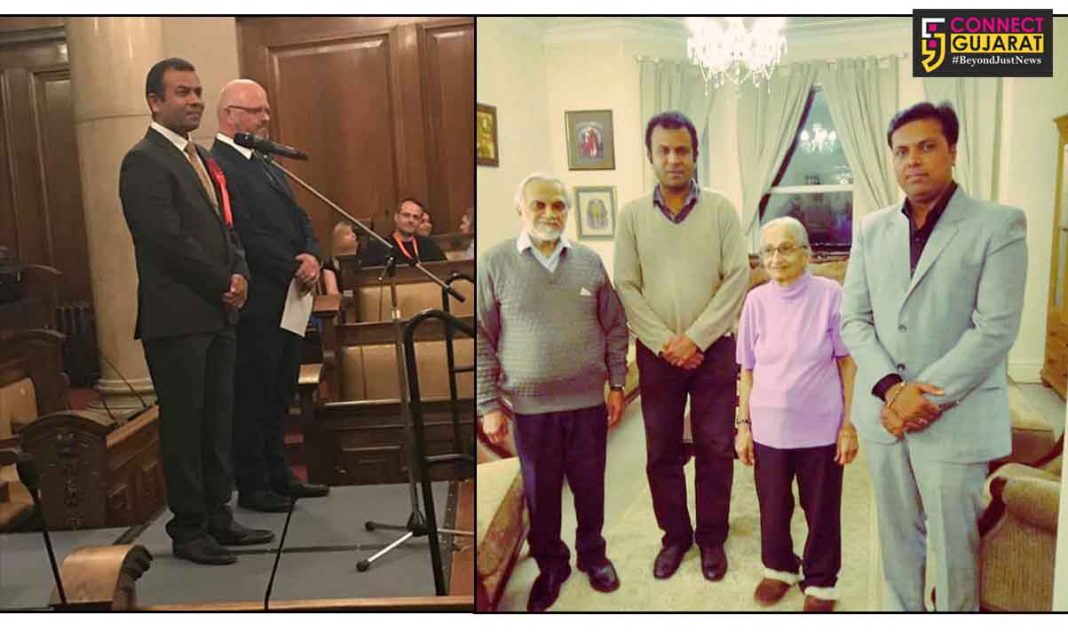 Abhimanyu did his schooling at Bharatiya Vidhya Bhavan’s in Vadodara and later graduated in Political Science from MSU Baroda. He went to UK nearly two decades back as a Chevening Scholar to study International Law and Politics at the University of Hull. He has been involved in politics right from his student days in India.

Abhimanyu Hails from Rohal Khurd in Madhya Pradesh. His father Kunwar Digvijay Singh was one of the leading figures of Jan Sangh in their region. They were the old ruling family of Rohalkhurd.

On a night where the local government elections in the UK were showing up mixed results for both the Conserative and Labour Party, Abhimanyu Singh took the Avenues sent in Kingston upon Hull. Overall tumout in the election was down, some places in Hull only saw 13% of the electorate casting their ballot but in the Avenues over 41% came out to vote.

This incredible feet is even more impressive when it is considered that the Liberal Democrats only lost 3 seats in the whole country, the first of which was taken by Abhimanyu Singh. Liberal democrats increased their tally of 647 councillors in England to 1350. Labour party suffered losses all over the country because of its position on Brexit.

When giving his victory speech Abhimanyu said, ‘In recent times British politics has created deep divisions in our communities. We need to rise above these divisions and heal these wounds and scars that have been inflicted’.

MP Diana Johnson campaigned very actively for Abhimanyu and he also got full support from Lord Bikhu Parekh ex Vice Chancellor of MSU Baroda. Avenues area in Hull is considered to be one of the most prestigious areas as some leading figures reside there. Historically it was the area where famous writer and poet Philip Larkin, Anthony Mingella, director of Oscar winning movie English Patient, Amy Johnson the first female solo pilot to cover journey from Britain to Australia and many other eminent personalities have lived there.

Kingston upon Hull is politically very important not just for British history but that of the westem civilisation. In 1642 the famous English Civil War started from a small Public House called Ye Olde White Heart which is situated near the Guildhall where councillors meet. The English civil war established parliamentary democracy in Britain and later on inspired American War of Independence, French revolution and the Russian revolution.

Out of the total of 57 councillors one is selected as Lord Mayor of Kingston upon Hull every year and has also got the title of Admiral of the Humber. In British Constitution the post of Admiral of the Number is older than that of the Prime Minister and historically even had the right to give death penalty for crimes committed in the region.

Abhimanyu’s victory has ensured that in the foresewble future it will the Labour party that will govern Kingston Upon Hull and the party is very happy that Abhimanyu saved the day for the labour party when they suffered heavy losses in almost every part of Britain.

Abhimanyu will now serve a term of 4 years on Hull City Council as part of the Labour Party group, working hard to represent the residents of Avenues and being a leader in the community.