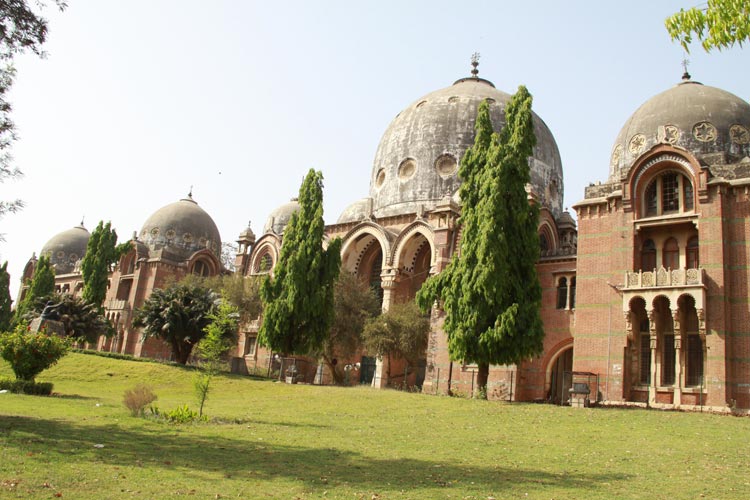 Geologists at the Department of Geology of The Maharaja Sayajirao University of Baroda have made a significant breakthrough on the mighty Himalayan River, the Saraswati which according to Vedic literature once flowed through the Thar Desert.

Based on the studies of a 60 m long sediment core from the central part of Great Rann of Kachchh, popularly known as the ‘White Desert’, they have established that the shallow marine gulf that previously occupied the Great Rann of Kachchh formed the final resting place of the large volume of sediments derived from the Himalaya and transported by the Saraswati River.

The findings are reported in a scientific paper published in Scientific Reports, a globally acclaimed high impact journal published by the reputed Nature group of Publications. The paper was published on 14 July, 2017.

For a long time, researchers grappled with the challenges of understanding the geological evolution of the unique terrain of Great Rann; how it was formed, what caused the sea to retreat from rann and how the basin was filled by large volume of sediments. Prof. D. M. Maurya and Prof. L. S. Chamyal of the Department of Geology undertook a detailed geological investigation of the vast, desolate and inhospitable terrain of Great Rann under a research project funded by the Department of Science and Technology (DST), Government of India.

Dr. Nitesh Khonde did his doctoral work on the Great Rann, who is presently on a research assignment at the Woods Hole Oceanographic Institution (WHOI), Massachusetts, USA. The isotopic analysis was carried out at the Physical Research Laboratory (PRL) under the supervision of Prof. Sunil Kumar Singh, an internationally renowned scientist who is now Director of National Institute of Oceanography (NIO), Goa. Prof. Liviu Giosan (Woods Hole Oceanographic Institution), Massachusetts, USA, who has been working on evolution of Indus river delta since last two decades helped significantly in discussions and evolution of the Saraswati hypothesis.

The lost Saraswati River mentioned in the ancient Indian tradition is postulated to have flown independently of the Indus River into the Arabian Sea through the Rann of Kachchh. Since past few decades as the scientific data was meagre, geoscientists, archaeologists, historians and mythologists were debating on scientific forums whether the river really existed. The persistence of such a river during the Harappan Bronze Age and the Iron Age was also strongly debated.

Researchers from MSU have used the most robust geochemical proxies (Strontium and Neodymium isotopes) to scientifically validate the existence of such a river 10000 years before present. However, there is clear evidence for mixing of sediment influx from the river Indus or due to chocking of Saraswati River after 10000 years by Thar Desert sands. The 60 m core is archived in the Department of Geology of the University. The radiocarbon dating, Neodymium and Strontium isotope records of the rann sediments show that the Himalayan sediments reached the Great Rann through the Saraswati River at least since the last ~17,000 years.

The results show characteristic signatures of a distinct Himalayan source, other than the Indus River, up to ~10,000 years before present. In fact, Great Rann sediments are found to be mixture of Himalayan sediments, Thar and Indus derived sediments and their individual proportion has changed through time. Indus-derived sediment accelerated the infilling of Great Rann after ~6 ka when the Indus delta started to grow. This may have occurred due to progressively drier climate, which choked the Saraswati River in the Thar Desert.

The findings of the isotopic data are corroborated by detailed clay mineralogy of the core which have been reported in another paper published in Quaternary International journal by Nitesh Khonde, D. M. Maurya and L. S. Chamyal.